•The State may now resort to colonial-style curfews to contain the movement of possibly contagious individuals, or forcibly isolate all of them away from the public for 14 days.

• Deputy Governor Saburi is currently the highest-ranking State official known to have trashed the self-quarantine order. 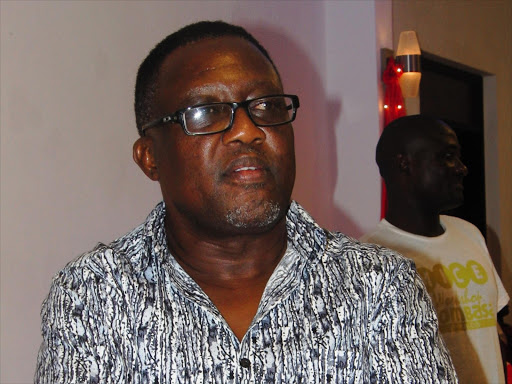 A Catholic priest and Kilifi Deputy Governor Gideon Saburi may have exposed more than 300 Kenyans to coronavirus, according to a study of their movements before they tested positive on Sunday.

The web of contacts now becomes the biggest nightmare to the government as Kenya confirmed one more Covid-19 case, bringing to 16 the number of patients.

Health and security officials have pieced together their movements and are convinced the two individuals may have exposed hundreds of Kenyans to the virus, including elderly people and small children.

The government had ordered all arriving Kenyans and visitors to self-quarantine for two weeks.

Deputy Governor Saburi is currently the highest-ranking State official known to have trashed this self-quarantine order.

He arrived from Germany last week, and instead of isolating himself for two weeks, he attended a burial where he freely greeted and hugged mourners, including fellow government officials.

Several leaders who interacted with him have now quarantined themselves, fearing they probably contracted the virus, which has no cure and no vaccine, and patients only rely on their body's immune system to fight it.

Saburi and the Catholic priest are among the eight new people who tested positive for Covid-19, according to results announced by Health Cabinet Secretary Mutahi Kagwe on Sunday.

On Sunday, former Prime Minister Raila Odinga denied reports he had met Saburi during his visit to the Coast mid-last week.

"Odinga made a low-key visit to Mombasa mid-last week for a few days of rest, where he stayed in his house. During the Mombasa visit, Mr Odinga did not meet with any of the leaders of the Coastal counties or their deputies, except the Deputy Governor of Mombasa County Dr William Kingi," the former PM's private secretary Dennis Onyango said in a statement.

There was speculation that Raila may have shaken hands with Saburi.

"He appeals to Kenyans to treat such reports as the work of people who have failed to comprehend the magnitude of the challenge the nation is facing."

However, Governor Kingi is among people who are now quarantining themselves after meeting Saburi and even shaking hands with him.

Raila says although he is not self-quarantining, he has suspended travel outside the country, public gatherings and meetings since the first case of the virus was reported in Kenya on March 13.

He mostly works from home while transacting official business online and has suspended operations at his Capitol Hill offices to minimise human traffic to the office.

The Catholic priest travelled from Rome before entering Kenya on March 12 through the Jomo Kenyatta International Airport two weeks ago. He did not self-quarantine as per the government's order on all incoming visitors.

The Star has established that he interacted with hundreds of people, including children before he tested positive for the virus on Sunday.

His temperatures at JKIA were within normal range but he was still required to self-quarantine for 14 days, or check into a government isolation facility.

He spent the night in the Parish House of the Holy Family Catholic Church in Utawala and the next day took a bus to Siaya and visited his parents in Nyasanda area of Ugunja.

Rasanga said the priest attended a relative's funeral in Ambira area and even served the Holy Communion in a local church.

"There are rumours that the priest might have visited Rarieda at Lwak Mission before proceeding to Nairobi, but that has not been ascertained," Tialal said.

Yesterday, fathers Bosco Kamau and Anthony-Mario Egbunonu from the  Utawala Parish said they pleaded with Father Oduor to self-quarantine upcountry but he refused.

"We allowed him back on the condition that he would self-quarantine for 14 days. On his arrival on Monday, March 16, we immediately took him to a room at the back of the parish compound (which was formerly a store) and isolated him there. We never allowed him to say any mass in the parish (Holy Family) or the outstation (St Patrick’s, Mavoko)," they said yesterday in a statement.

"On Friday, the 20th of March after some fever and vomiting, Fr Richard was taken to Mbagathi Hospital where yesterday we were informed that he tested positive for Covid-19," they added.

He is one of the eight people whose positive results were announced by CS Kagwe on Sunday. He is now isolated at the Mbagathi County Hospital, according to Kagwe.

The church said Father Oduor has taken responsibility for his actions and is informing authorities of all the people he met.

Commissioner Tialal said health officers are following his movements, advising about 200 people who interacted with the priest to quarantine themselves.

"The health officers have been sent to all those areas where it's believed that the priest visited to tame spread," he said.

"We are going to get more information immediately we get in touch with the family members on where else the priest visited during his visit to Siaya, but at the moment we have only identified Ugunja and Sega."

"The coronavirus is real and residents should not take any precaution given by the government for granted," Rasanga warned.