Peter Kenneth to Uhuru: Put Kenya on lockdown immediately or prepare for tragedy

• He said this is a danger to Kenya, especially when the two-week incubation period lapses. 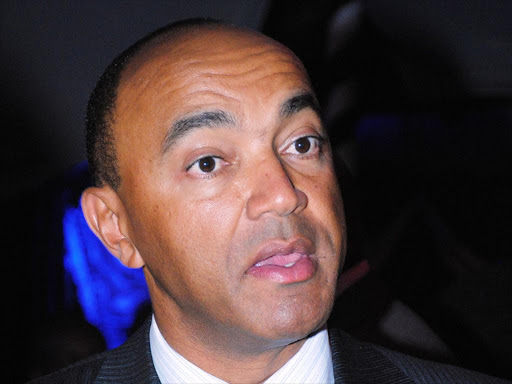 Former Gatanga MP Peter Kenneth has urged President Uhuru Kenyatta to enforce a lockdown in Kenya for between two to four weeks to ensure the safety of Kenyans.

"People should be confined to households, isolation and to quarantine. We can no longer withhold when we see what is happening in Europe where the cycle is ahead of us," he said on Monday.

Kenneth said the Health ministry has made efforts to contain the virus, however, some senior officials in the government have not done their part, leading to potential community spread of the virus.

The former presidential candidate lashed out at Kilifi Deputy Governor Gideon Saburi for putting lives at risk by failing to self quarantine following a trip to Germany.

"We have seen how people we expect to be responsible, like the deputy governor of Kilifi and some members of the clergy behaving very irresponsibly, refusing to take self-quarantine and not social distancing," Kenneth said.

He said this is a danger to Kenya, especially when the two-week incubation period lapses.

Kagwe on Sunday said anyone who fails to self quarantine in line with state directives will be punished.

He said senior government officials will not be spared.

Kenneth said all the countries who have faced serious problems from the pandemic have first addressed the safety of people, then looked at economic stimulus packages.

He said an economy cannot be revived when people are unwell.

Kenneth said he has dismissed his domestic workers because of the risk of the pandemic.

"I have told them to stay at home," he said.

What is a lockdown?

A lockdown is an emergency protocol that usually prevents people or information from leaving an area.

The protocol can usually only be initiated by someone in a position of authority, in this case, it would be Uhuru.

The lockdown can be used to protect people inside a facility from a viral threat to contain it.

A lockdown can be partial or full.

Priest is said to have come from Rome to attend burial of close relative.
Coronavirus
2 years ago
by CLAIRE MUNDE Digital Sub-editor
News
23 March 2020 - 22:12