• The Catholic church announced masses would take a maximum of one hour with no entrance, offertory and bible processions to minimise social contacts as part of measures to curb the spread of coronavirus.

Several churches which chose to proceed with physical services on Sunday in the wake of the coronavirus pandemic enforced the one metre social distance rule.

Some of the churches which enforced the distancing rule include Holy Family Basilica in Nairobi, St Teresa's Catholic Cathedral church in Kisumu and ACK St Joseph's Cathedral in Kisumu.

On Saturday, the Catholic church announced masses would take a maximum of one hour with no entrance, offertory and bible processions to minimise social contacts as part of measures to curb the spread of coronavirus. 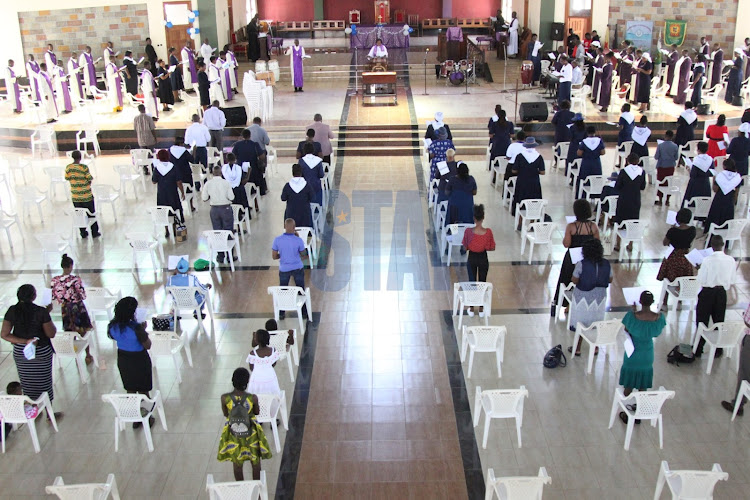 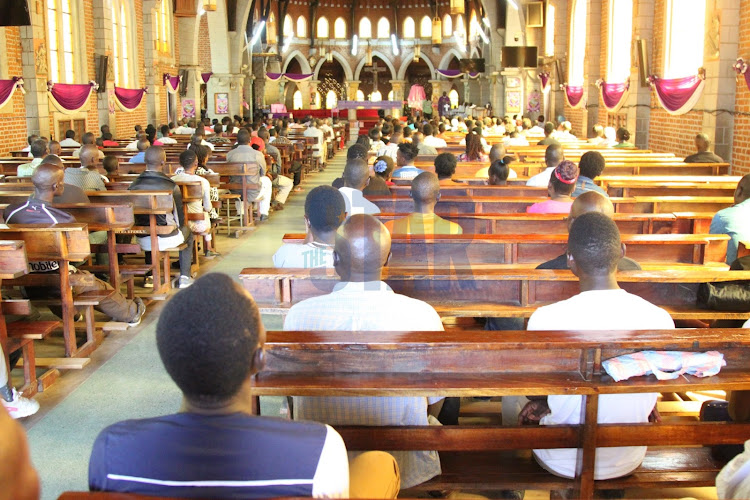 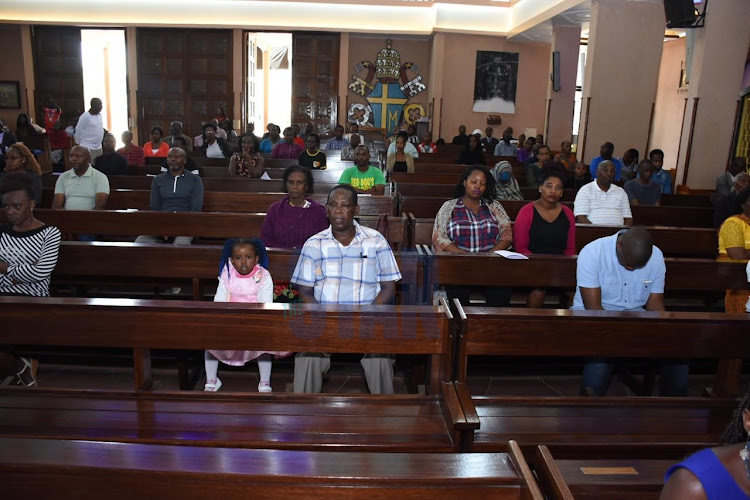 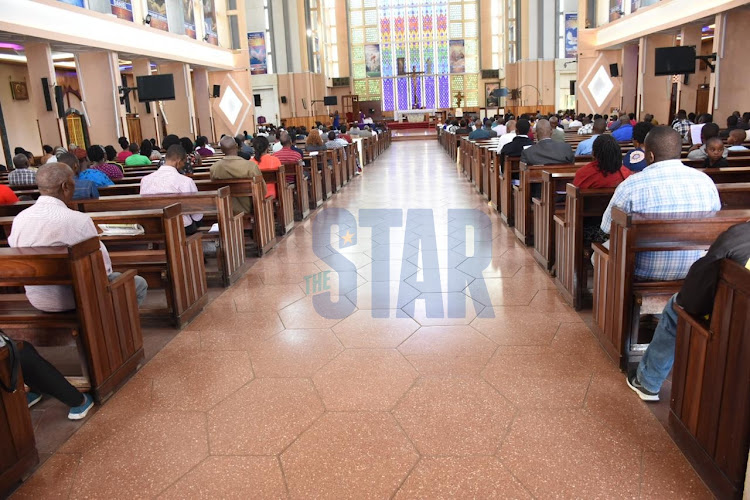 Nairobi pastoral coordinator Wallance Ng'ang'a also instructed those in charge of Sunday masses to take appropriate measures to comply with the government's public health directives to forestall any risk of spread of the virus.

Part of the instructions include not allowing Sunday school services and masses.

Most of the denominations in the country had suspended congregational worship on Sundays following a government directive to avoid crowding in the wake of the Covid-19 pandemic.

But the Catholic church said it would continue with its Sunday gatherings.

But Ng'ang'a instructed churches to increase the number of masses to ensure fewer faithful gather at any given time.

He said pastors should encourage the use of M-Pesa paybill numbers for offerings as part of avoiding notes. The givings to be done after the post-communion prayer to avoid contacts.

The processions during the communion should also observe the one-meter distance between people as ordered by the government.

"The mass readings and prayers of the faithful, except reading of the Gospel, be done by only one person to avoid sharing of the microphone," Ng'ang'a said.

The pastoral coordinator also advised that greetings by hand be discouraged during the services as part of social distancing.