• The couple's family has six people; the wife was the first to test positive at the Aga Khan Hospital in Nairobi.

• The Burundian who also tested positive was isolated at a Nairobi hospital. 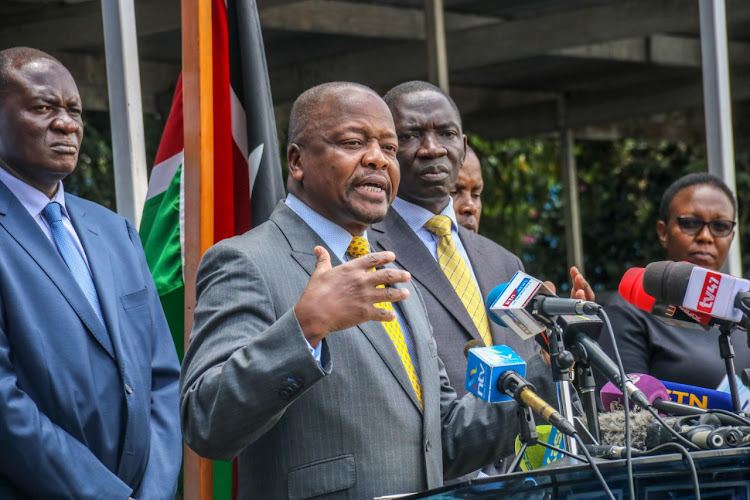 For the first time, the government has allowed two patients with coronavirus to go home to recover.

The couple who arrived in Nairobi on March 5 was allowed to go to their upmarket Kitisuru home and self-quarantine for 14 days.

They will be tested twice after 14 days to confirm the virus has cleared.

The couple and one Burundian were the three latest persons who tested positive for the virus.

The Burundian has been isolated at Mbagathi Hospital.

This brings the total of confirmed cases in Kenya to seven since the first case was reported last Friday. 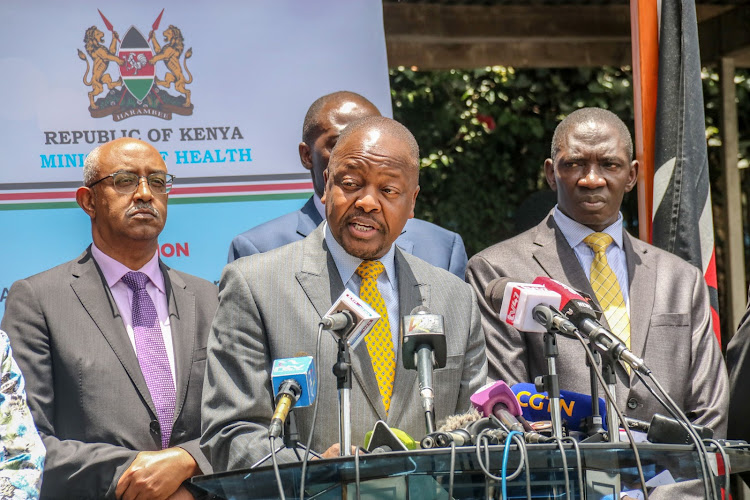 A Ministry of Health official told the Star the couple proved they had the capacity to self-isolate at their house in Nairobi, even though they are sick.

"There is no reason to put you in a hospital when you have a severely bad cold. We can only take you there if you do not have the environment in which you can self-quarantine," he said.

The couple's family has a total of six people. The wife was the first to test positive at the Aga Khan Hospital in Nairobi.

Repeated tests on the other four family members have been negative.

"The couple had travelled from Madrid, Spain, on March 4, 2020,  through Dubai, arriving in the country on March 5," Kagwe said.

"The third case involves a Burundian national who had travelled from Dubai to Kenya arriving on March 17, 2020, and was picked at JKIA by our surveillance team with high temperatures during routine screening," he said.

These are people who had come into contact with the past confirmed cases in Kenya.

"Samples from the remaining 11 suspected cases are currently being processed in our two designated laboratories," Kagwe said.

He said so far the laboratory at the National Influenza Centre at the Kenya Medical Research Institute had tested 132 cases.

The CS said suspected cases will no longer be quarantined at Mbagathi or Kenyatta National Hospital but at the Kenya Medical Research Institute campuses.

He noted that the self-quarantine, for travellers in Kenya, even if they have no symptoms, is compulsory.

The disease has so far killed over 6,000 people globally and infected thousands.

"We shall overcome this problem as a result of togetherness. We shall handle this scenario," Uhuru said.

Post a comment
WATCH: The latest videos from the Star
by JOHN MUCHANGI Science Editor
News
19 March 2020 - 06:30
Read The E-Paper