• Government to contact the British High Commissioner and the American Ambassador on passengers on board flight.

• The CS said they are also tracing all the people the patient has been in contact with since her arrival in Kenya. 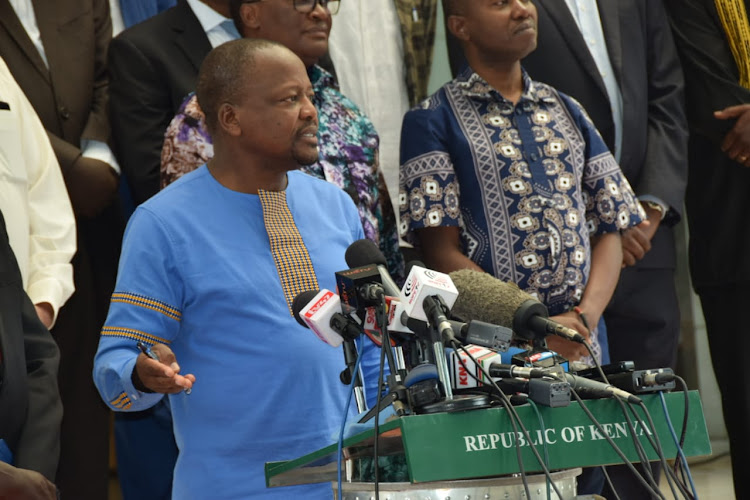 The Kenyan Government has started tracking passengers on board flight which 27-year-old Kenyan woman confirmed to have coronavirus travelled in.

Health CS Mutahi Kagwe has said they are tracing passengers that were sitting next to the lady.

“The passengers that will be traced are those sitting two rows behind and two rows ahead of the lady,” said Kagwe.

The CS spoke on Friday during a media briefing where he confirmed the first coronavirus case in Kenya.

The CS said they have informed the British High Commissioner and the American Ambassador through the National Emergency Response Committee on Coronavirus Preparedness and Response and the Foreign Ministry.

This is because these are people who came from these countries.

The CS said they are also tracing all the people the patient has been in contact with since her arrival in Kenya.

“She has given the names of everyone she has been in contact with throughout the period,” said the CS.

Kagwe said the lady went to the hospital when she realised she has symptoms like those of the virus and the disease was confirmed on March 12.

The lady travelled from Ohio, through Chicago, London and ended up in Nairobi.

“In each of those areas, all the measures that we have been talking about including themo scanners are there. But there is the 14-day period because she came on March 5 and all that time, she was okay. We need to understand the complexity if this situation,” Kagwe said.

He said immediately the lady started feeling unwell, and having read what has been published, she felt she should go to a hospital.

“The patient is stable, the temperature has gone down to normal and is eating but cannot be released until she tests negative. The lady is okay. Kenyans need to know that most people who become infected may experience only mild illness and recover easily but the disease can be more severe in others especially the elderly persons and others with chronic illnesses,” said Kagwe.

“There is no cause for alarm and that the government is beefing up preparedness capacity. This is an imported case and not a homegrown case. We hope this is an isolated case that we can tackle.”

She went straight to hospital when she started feeling unwell.
News
2 years ago

The patient was a Kenyan citizen who returned to Kenya from US via London on March 5.
News
2 years ago
Post a comment
WATCH: The latest videos from the Star
by AGATHA NGOTHO Science Writer
News
13 March 2020 - 14:11
Read The E-Paper