She went straight to hospital when she started feeling unwell. 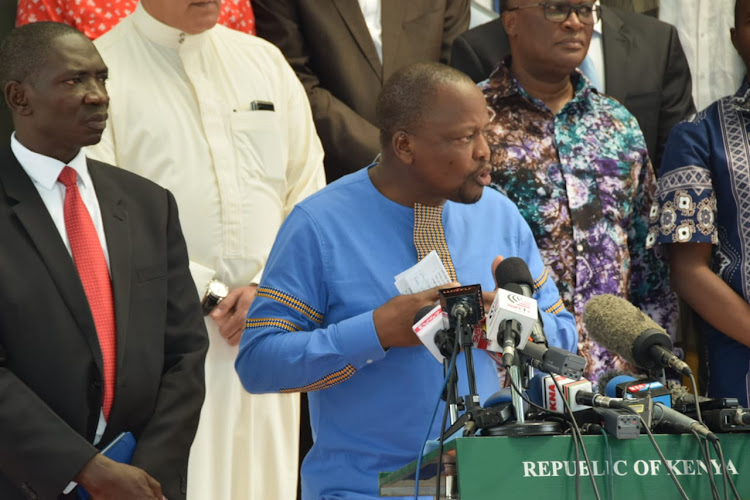 The woman who has tested positive for coronavirus should be commended, not condemned, for going to hospital, Health CS Mutahi Kagwe has said.

"She has given information about everyone she has been in contact with. We have traced those who were on the flight with her," he said.

Kagwe praised the woman for going to hospital. "I want to thank her because the minute she started feeling unwell she felt she needed to go to a hospital," he said.

"She is a very responsible citizen...She has given us the names of the people she has been in contact with."

Kagwe said they have informed the British high commission and the American ambassador.

"This is an imported case, not a homegrown case...Hopefully, it might be an isolated case," he said.

The patient is a Kenyan citizen who returned on March 5 from the US via London, UK. Kagwe said the patient is stable, and she will not be released until she tests negative.

The region, however, has the option of sending its written submissions to the taskforce.
News
1 year ago

The patient was a Kenyan citizen who returned to Kenya from US via London on March 5.
News
1 year ago

Coronavirus: All visits to prisons suspended for 30 days

Health CS said the 30-day suspension will be effective from March 13.
News
1 year ago

Are you still shaking hands despite coronavirus?