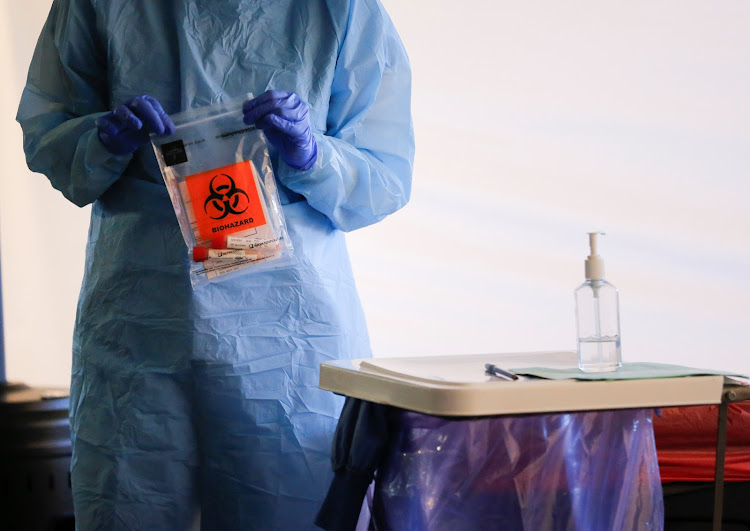 A nurse holds a completed test with patient samples at a drive-through testing site for coronavirus, flu and RSV, currently by appointment for employees at UW Medical Center Northwest in Seattle, Washington, U.S.
Image: /REUTERS

The high stakes BBI rally that was scheduled for Nakuru on Saturday next week stand cancelled after Kenya confirmed its first case of the deadly Coronavirus.

Kenya announced on Friday that a Kenyan woman, 27, who travelled to Nairobi from the USA via London had tested positive of COVID-19.

Making the announcement, Health CS Mutahi Kagwe said that all public gatherings stands suspended in a strategy to tame the spread of the disease.

"She is now stable and eating...she will not be released from hospital until she is confirmed negative," he said.

This means that Deputy President William Ruto’s Rift Valley backyard will miss out on the rallies with the BBI taskforce set to finalise receiving submissions by the end of this month.

The region, however, has the option of sending its written submissions to the taskforce.

An initial rally that was set for Eldoret was indefinitely postponed over fears of violence.

Kagwe announced that all interschool events have also been suspended.

The CS asked all Kenyans with a cough, sneeze or fever to stay at home.

Prison visits have also been suspended.

The Nakuru BBI rally was shaping up as a showdown between Ruto’s men on one hand and those of President Uhuru Kenyatta and ODM leader Raila Odinga.

The DPs men declared that they will take full charge of the meeting in a strategy to block Raila who has been the de facto BBI leader.

Threats to impeach Ruto had poisoned the rally even more

On  Thursday, the leaders announced that they will not allow any leader outside the region to ‘dictate the terms of the meeting or abuse or insult’ the DP.

“Clearly on that day, the meeting will  be ran and belong to the people of the Rift Valley. Everybody else is welcome but taking a guest position,”Nakuru Senator Susan Kihika said

Led by Senate Majority leader Kipchumba Murkomen, the 15 legislators said the Nakuru meeting will be different from the others that have been held in other parts of the country.

She went straight to hospital when she started feeling unwell.
News
2 years ago

Leading tourists market for Kenya, led by the US, are among worst hit by the virus.
Business
2 years ago

The President held an emergency session of the National Security Council on Friday.
News
2 years ago
by SHARON MAOMBO AND FELIX OLICK
News
13 March 2020 - 11:20