Schools badly congested because of 100% transition — recipe for fast transmission of virus .

•However,  many parents will have to leave work or make childcare arrangements, and many will lose salary.  Poor parents hit the hardest by closures. 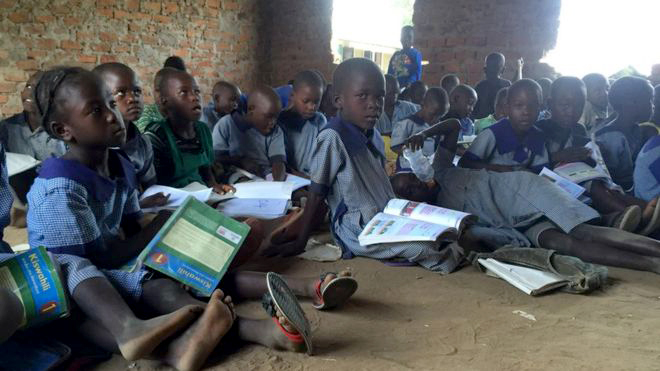 Students seated listening to a teacher in a Kenyan classroom.
Image: FILE

Schools In the past been caught by surprise and remained vulnerable outbreaks of communicable diseases including the common cold, ringworm, chickenpox and measles — all communicable.

Yesterday, hours after the government announced the first coronavirus case in Kenya and restricted inter-school activities, learning institutions that had organised activities for this weekend started cancelling them.

If cases increase, the possibility of schools being closed is uppermost in many people's minds, but no decision has been made yet.

Most schools, especially secondary schools, are already congested — a recipe for swift and widespread transmission of the virus.

The first term of the school calendar ends in April.

This means, schools have at least three weeks before a break unless the government decides to call for an early break to prevent infection.

The Education Ministry is yet to give its input on the measures it has taken to ensure minimal disruption of school affairs.

However, Ministry of Health Cabinet Secretary Mutahi Kagwe on Friday directed a halt of all school co-curricular activities. as he was confirming the first case.

This means the regional rounds of music and drama festivals set for April have been called off.

So too, zonal ball games that began in February will be halted.

With no elaborate system for online schooling, as in some countries, a suspension of the school calendar would mean a delay in both academic and non-academic school affairs.

Indimuli Kahi, the Kenya Secondary Schools Heads Association chairman, on Friday told the Star they were awaiting directives from the Education Ministry.

However, he said principals have taken precautionary measures as advised by the Health ministry to reduce chances of an outbreak.

"Most schools have put advisories on their walls asking students to constantly wash there hands, visit the school dispensary if they feel unwell, among other directives given by the Health ministry," Kahi said on phone.

On congestion, Kahi said the ministry was best placed to address the matter as it is responsible for children's safety in schools. President Uhuru Kenyatta has ordered 10 per cent transition from primary to secondary schools, making congestion worse.

Kenya Parents Association chairman Nicholas Maiyo said the reports of Covid-19 are already causing tension and panic among parents over the possibility the outbreak emerge in their own communities.

"Schools could be shut down for long periods of time, leaving children sequestered at home yet there is no alternative to ensure children continue to school," Maiyo said.

"Just like the common cold, the congestion and lack of proper medical attention in most of our schools put our children at higher risk of this disease,"he said.