NO CONFIRMED CASES SO FAR

Minister decries low level of information among wananchi, say it is worrying. 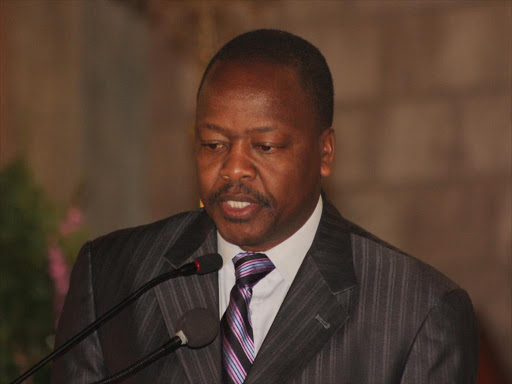 Religious leaders and organisers of political gatherings like the BBI rallies have been asked to use their platforms to pass information on the coronavirus outbreak.

Kenya has not reported any case of the virus but Health Cabinet Secretary Mutahi Kagwe on Wednesday said the low level of information among wananchi was worrying.

He asked politicians and religious leaders to disseminate COVID-19 messages to the masses attending their gatherings.

He said wananchi should be enlightened on how to detect and prevent coronavirus which has now become a global pandemic.

Kagwe said the ministry is currently engaging that of Education to introduce learning on cleanliness in schools.

“Yesterday (Tuesday) we had matatu owners to discuss on how we can ensure they are also part of our defence in the fight against coronavirus,” Kagwe said.

“As for politicians, when we are out there just before controversial issues, we need to talk to Kenyans about coronavirus. I also want to appeal to each MP and MCA to take up this responsibility. The church community should also be talking to its members before the church service.”

The CS said the ministry is creating a databank of all medical doctors including those who retired to help in any case of an emergency.

He spoke when he appeared before the joint committee on Health in Parliament. Kagwe said the government will not evacuate Kenyan students in China saying they are safer where they are and moving them may predispose them to infections.

He cited countries that evacuated their nationals from China like the US and Italy which later reported cases of infections.

“In our considered opinion, the risk of creating infection was higher, so we decided to support them. In fact, some of them are calling. They said they are ok and only need support. I believe it was the right decision. This is a fluid moving target and decision is made on that basis."

He said the government was adequately prepared to handle any emergency case but maintained there is no confirmed case to date.

According to ministry’s records, the 27 alerts have all tested negative.

The minister said the state has the capacity to test coronavirus locally. More than 11,000 workers have been trained to test it.

“Before December 31, there were only three countries capable of testing coronavirus. Kenya has joined the list,” Kagwe said.

“Screening is now mandatory to all arriving travellers; there are two designated rooms for temporary isolation at JKIA waiting transfer to KNH and now Mbagathi.”

As part of its emergency response, the CS said government has put in place a 120-bed facility at Mbagathi Hospital to handle any cases. Sufficient personal protective gears have also been stocked.

Kagwe defended the government’s decision to allow 239 passengers aboard a Chinese airline into the country, saying allowing them to self-quarantine was in line with World Health Organization recommendations.

“Self-quarantine will be the only way we are going to deal with this disease. This disease is going to be prevented through extreme citizen responsibility,” the CS said.

Post a comment
WATCH: The latest videos from the Star
by LUKE AWICH Political Reporter
News
12 March 2020 - 05:00
Read The E-Paper