Apps also blamed for divorces, family break-ups and listing of defaulters by CRB 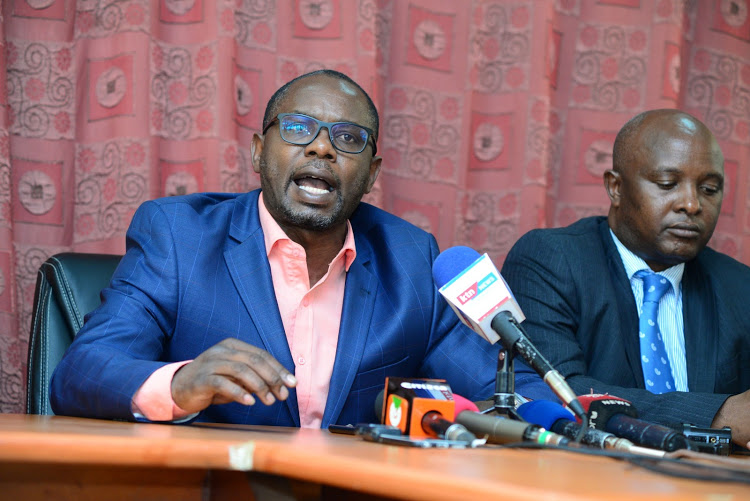 Mobile money lending platforms have become a social menace and should be investigated, a legislator said on Wednesday.

Oluoch said some people had committed suicide after excessively borrowing from the platforms and being unable to repay the loans.

“The digital borrowing has become a social menace responsible for suicides, divorces, family break-ups and increased listing of loan defaulters by the Credit Reference Bureau (CRB),” he said in the petition to Parliament.

The MP cited a recent CRB report indicating that more than 2.7 million Kenyans are already blacklisted after defaulting on loans repayment.

“The lenders lure and trap borrowers into unnecessary borrowing and a vicious cycle of expensive loans by raising loan limit upon repayment of the initial loan.”

There are over 50 mobile and online credit providers in Kenya with about 19 million Kenyans actively borrowing.

A recent Kenya National Bureau of Statistics survey showed that 40 per cent of the borrowers have multiple loans from six of 10 lending apps.

Oluoch accused the mobile lending platforms of charging an exploitative interest rate of 19.1 per cent instead of the 13 per cent recommended by the Central Bank of Kenya.

“Considering mobile lenders are not recognised as financial institutions under regulation and supervision by CBK under the Banking Act, they operate bereft of regulation, including tax obligations,” he said.

“Due to lack of regulation, mobile money lenders infringe on clients’ right to privacy by accessing customers’ contacts to call friends and family about the borrowers’ debt status.”

The lawmaker also wants Parliament to direct both CBK and Communication Authority of Kenya to audit digital money lending, including provisions for full disclosure of involved upfront charges and applicable interest rates.

“I pray that the National Assembly, through the Committee on Finance and National Planning, investigates the operations of all mobile money lending platforms in the country with a view to stopping unregulated money lending and subjecting non-compliant mobile lenders to applicable lending regulations,” he said.

The petition has been received by Speaker Justin Muturi and committed to the Finance Committee chaired by Kipkelion East MP Joseph Limo.

Post a comment
WATCH: The latest videos from the Star
by LUKE AWICH Political Reporter
News
11 March 2020 - 22:00
Read The E-Paper