• MPs Mohammed Ali (Nyali) and Aisha Jumwa (Malindi) are the faces of opposition to the BBI at the Coast. 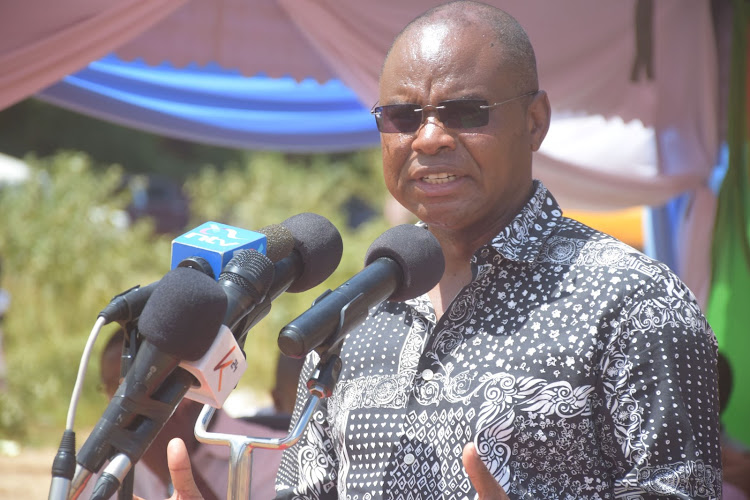 Kilifi Governor Amason Kingi has likened Coast leaders opposed to the BBI to witches who never want others to prosper.

Kingi said the BBI is an opportunity for Coast residents to unshackle themselves from years of marginalisation and to realise regional supremo Ronald Ngala’s dream of a regional government.

Speaking in Mtwapa on Wednesday afternoon, the governor said those opposed to the BBI deliberately do not talk about the good things that the report has but only dwell on positions to be created.

“If we increase what counties get from the national exchequer from 15 per cent to 45 per cent, it means there will be more money for development,” Kingi said.

He spoke during the launch of the Mtwapa bypass road project, which seeks to decongest Mtwapa town by edning the traffic snarl-ups experienced along the Mombasa-Malindi highway at the town.

He said the region has had two prior opportunities to realise its dream of having a regional government.

The first opportunity, he said, was 11 years before he was born when then Coast political kingpin flew to Lancaster House in the UK to fight for a regional government to allow the Coast region to govern itself and manage its own resources.

“Although we did not get what Ngala really wanted, it was a good start. The second opportunity was in 2010 when we changed the Constitution."

He said Coast leaders had walked out during debate over the 2010 Constitution in Parliament because MP had rejected regional governments.

“But we then argued that we would lose out completely if we did not accept what was offered,” Kingi, who was by then the Magarini MP, said.

The BBI, he said, is the third opportunity that the region has to ensure regional governments are in place.

“It is nothing new. We had regional governments immediately after Independence. That is the identity of the Coast people, who have always wanted a regional government. If I don’t push for what Ronald Ngala wanted, then I will have failed,” the Kilifi governor said.

He said those opposed to the BBI are like madmen who are found in all markets.

Kingi cautioned against following the advice and sentiments of madmen.

“If we follow the madmen in our market, we will remain poor and underdeveloped."

Several Coast MPs have been opposing the BBI saying it is a ploy by ODM leader Raila Odinga and his cronies to create positions for themselves.

MPs Mohammed Ali (Nyali) and Aisha Jumwa (Malindi) are the faces of opposition to the BBI at the Coast.

Ali says the BBI is a ploy by the rich to remain in power and has accused both Kingi and Mombasa Governor Hassan Joho of using the BBI to try and remain in power.

He says Joho and Kingi are rooting for the three-tier government so they can be elected regional governors for Coast South and Coast North respectively.

"The two want the Coast region divided into two so that Joho leads the Coast South region comprising of Kwale, Mombasa and Taita Taveta counties, while Kingi wants to lead Kilifi, Tana River and Lamu counties that will form the Coast North region."

On Wednesday, Kingi denied this assertion.

He said Coast leaders will always remain the enemies of the region.

“That is what they always say. They say the BBI is for Kingi or Raila. The BBI is for the whole of the country."