The semi-commercial dryer at the Menengai Geothermal project has the capacity to dry 20 tonnes of cereals per day.

• The dryer is funded by the Icelandic International Development Agency.

• The project will make Kenya a competitive investment hub in the region. 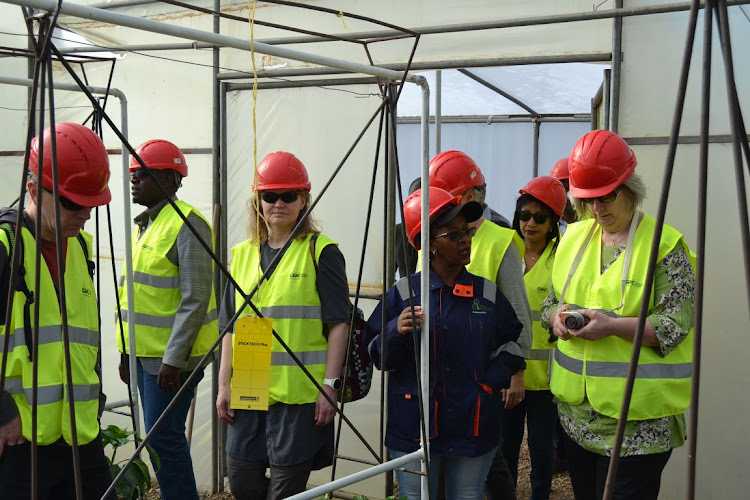 Geothermal Development Company has installed the first facility in Africa that uses steam to dry cereals.

The semi-commercial dryer at the Menengai Geothermal project has the capacity to dry 20 tonnes of cereals per day. It was funded by the Icelandic International Development Agency.

He said the corporation will pilot the viability of the drier and then scale it up for commercialisation. Nchoe invited the private sector to consider venturing into direct uses of geothermal energy, arguing it helps to cut costs of energy and reduces emissions.

"The use of geothermal steam in industrial processes like drying cereals will dramatically cut the cost of energy. It will also help to reduce massive post-harvest losses associated with poor and expensive drying," he said.

Speaking during a recent tour of the Menengai Geothermal Project, Agusta Gisladottir, Iceland’s director for Regional Development Cooperation and Partnerships, noted that direct uses are a key component of the geothermal economy that needs to be pursued with rigour. She led a delegation from Iceland’s Ministry of Foreign Affairs.

"We are pleased to see the progress of this project. The Iceland government is impressed by the dryer. I am pleasantly informed this is the only one of its kind in Africa. It goes to show that we can actually focus on this other area of geothermal energy utilisation other than for electricity," Gisladottir said.

She urged the GDC to commercialise the immense treasure at its disposal. The drier adds another feather to GDC's unique portfolio of direct uses.

At Menengai, the GDC has successfully piloted four prototypes on direct uses of geothermal heat with spectacular results. Through financing from Power Africa, it established the first milk pasteuriser in Africa that uses geothermal steam as opposed to wood or heavy oil.

Nchoe noted that if optimally exploited, geothermal has umpteen uses beyond the generation of electricity. This will make Kenya a competitive investment hub in the region. The GDC is banking on these and many other innovations to boost the manufacturing sector. For instance, in manufacturing, geothermal steam displaces the use of heavy industrial oil normally used to heat industrial boilers.

Because geothermal steam is far cheaper and less a pollutant compared to oil, it helps to reduce the cost of doing business.

"Industrialists, especially those who use boilers, have a great chance to invest in geothermally heated facilities. That way, they will save a great deal on energy. Geothermal is the real deal for any investor," Nchoe said.

Post a comment
WATCH: The latest videos from the Star
by TRIZZA KIMANI News Reporter
News
04 March 2020 - 23:00
Read The E-Paper