Is tablet project working? Experts to assess it this week

50 officers will be deployed this week countrywide

• The programme was initiated by President Kenyatta and the programme's objective is to integrate ICT into teaching and learning.

• A report commissioned in 2018 said despite wide distribution, only five per cent success was witnessed in implementation. 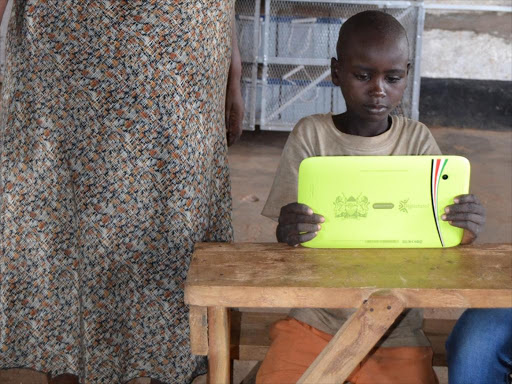 The government this week will begin an assessment of President Uhuru Kenyatta's controversial flagship tablet project in schools. It has been plagued by delays and complaints that teachers are still not adequately trained.

The Sh24.6 billion project initially sought to provide a laptop, but later settled for a less costly tablet for each learner in lower primary classes 1, 2 and 3.

The ICT Authority will lead 14 Digital Learning Programme implementing agencies in a countrywide exercise to assess how well the Digital Literacy Programme is being implemented.

The programme was initiated by President Kenyatta to integrate ICT into teaching and learning.

The ICT ministry says 50 officers will be deployed this week to Central Kenya, Nairobi region, the Coast, Nyanza, Rift Valley and Western.

A Ministry of Education report commissioned in 2018 returned a shocking verdict on the project: it said despite 95 per cent distribution of the devices, only five per cent success was witnessed in implementation.

The report has not been updated.

The ICT ministry says the project is being implemented in all registered public primary schools and more than one million devices have been distributed to more than 20,000 learners countrywide.

But some poor schools still don't have tablets; they don't have walls; there's dust everywhere and no place to store tablets.

The programme seeks to equip children with digital skills needed to run the digital economy.

"In over 20 schools the team has visited, progress has been noticed in the utilisation of the devices to teach the Competency-Based Content and teachers are also using the devices for online teaching," a statement from the ICT ministry reads.

This comes even as the Education Ministry announced it will be moving to Phase 2 of the project that involves constructing computer labs in schools.

The labs will cater for those in upper primary grades 4 to 6.

Kipsang said the first 8,000 public primary schools will have their laboratories refurbished for Sh800 million.

“We will embark on this immediately because we will only repair or recondition existing structures. The remaining once will have new structures,” Kipsang said.

Post a comment
WATCH: The latest videos from the Star
by LEWIS NYAUNDI Education Reporter
News
01 March 2020 - 23:00
Read The E-Paper