• Will be financed by Atmosfair, three cities in Tanzania - Arusha, Tanga and Dodoma - will also benefit. 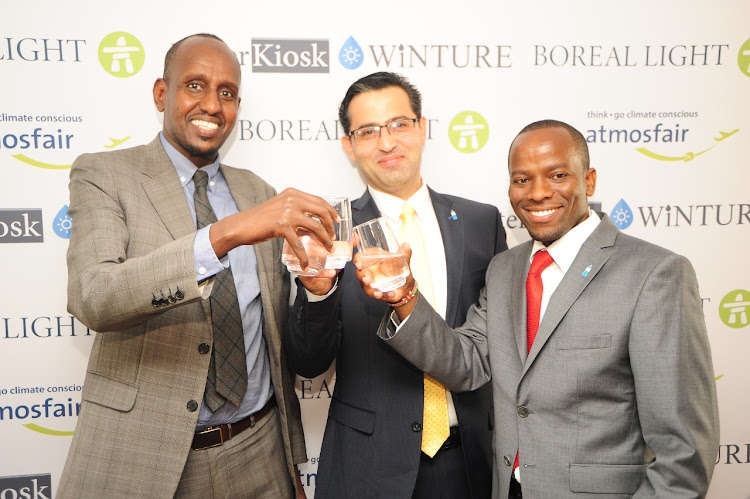 It was launched in Nairobi on Friday.

The partnership is between Germany-based Boreal Light and Atmosfair together with local companies Water Kiosk Ltd and Bilal Sustainable Development Programme.

Desalination is the process of removing salt and other minerals from water to make it potable and fit for othr uses.

Saltwater is desalinated to produce water suitable for human consumption and for irrigation.

The process, which is extremely expensive, has become a viable last resort for  development of reliable freshwater supplies.

A 40-solar desalination system will also be constructed in counties suffering from endemic water shortage.

Three cities in Tanzania — Arusha, Tanga and Dodoma — will also benefit from the project.

“This project will be a game-changer in deploying sustainable technology solutions in water provision for disadvantaged communities not only in Kenya but in the rest of the region,” Boreal CEO Hamed Beheshti said.

While delivery of hygienic drinking water remains the main focus of the project, some of the selective solar water kiosks will have fish farms, vertical farm and sanitation centres as well.

The project will support more than 20 fish farms and 100 acres of irrigated land.

Upon completion, the project is estimated to create over 100 permanent jobs for kiosk operators. It will lead to enormous carbon savings of over 10,560 tonnes per year for the entire project.

Atmosfair, the main financier of the project, will sell the carbon credits created from the use of the systems.

Each of the WaterKiosk projects offsets 264 tons of carbon monoxide per year, making a total of 10,560 tonnes per year for the entire project.

“We are both committed to the supply of quality water at an affordable cost to the poorest of the poor. WaterKiosk Ltd will instal and operate the systems across Kenya while preparing for expansion to Tanzania as the second East African country hosting the projects,” Beheshti said.

The projects will be financed by Atmosfair and manufactured by Boreal Light in Berlin, Germany.

Bilal Sustainable Development Programme will audit the entire project on behalf of the investor, making sure that sustainability, social and legal aspects of the project are well met.

The projects have had a big impact in addressing perennial water shortages in these areas and drastically reduced the prevalence of water-borne diseases like cholera and bilharzia.

It is estimated that one per cent of the world’s population is dependent on desalinated water to meet daily needs.

Post a comment
WATCH: The latest videos from the Star
by MAGDALINE SAYA REPORTER
News
01 March 2020 - 23:00
Read The E-Paper