• She successfully introduced the Univeral Health Coverage in Kenya, and signed agreements with 44 counties.

• Kariuki now serves the Water and Sanitation ministry, having been in the Health ministry since February 2018. 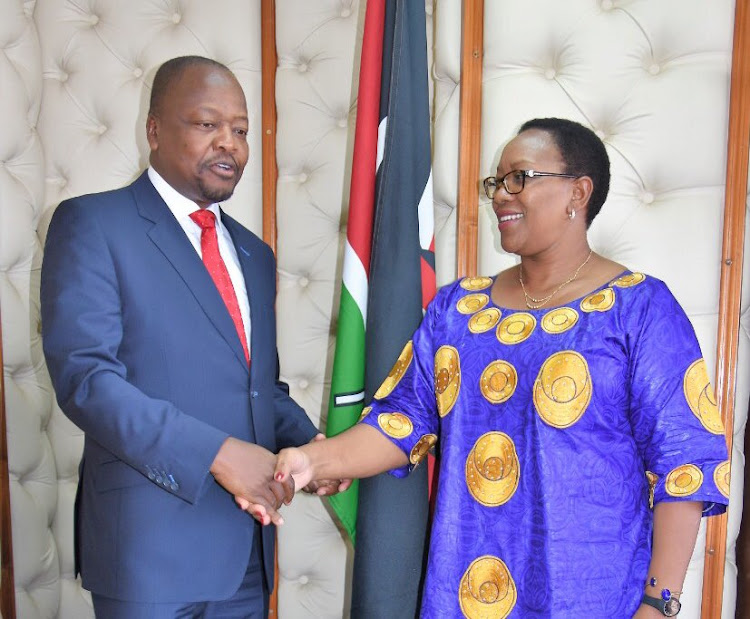 Cabinet Secretary Sicily Kariuki, who handed over to new Health CS Mutahi Kagwe on Friday, has named her achievements at the ministry for the last two years.

Kariuki noted she protected the 47 million Kenyans from Ebola and lately, coronavirus.

Ebola has killed more than 2,200 people in the Democratic Republic of Congo and was also reported in Rwanda and Uganda.

Kariuki now serves the Water and Sanitation ministry, having been in the Health ministry since February 2018.

"I took over leadership of the ministry in February 2018 and have steered strategic interventions geared towards equitable access to affordable healthcare by over 40 million citizens," she said on Friday.

Kariuki's tenure at the ministry was marked by the radical reform of most health institutions to prepare for Universal Health Coverage.

There is a quiet feeling her many notable achievements were overlooked especially because of recent fears that Kenya was not doing enough to stop coronavirus outbreak.

"More Kenyans now have facilities closer to them and they are able to access a wider variety of services including specialised services while spending less," Kariuki said on Friday.

She successfully steered the launch of the UHC pilot in four counties – Kisumu, Machakos, Nyeri and Isiolo – beginning December 13, 2018.

Kariuki said the year-long pilot was successful and lessons learned from the pilot will inform national scale-up. 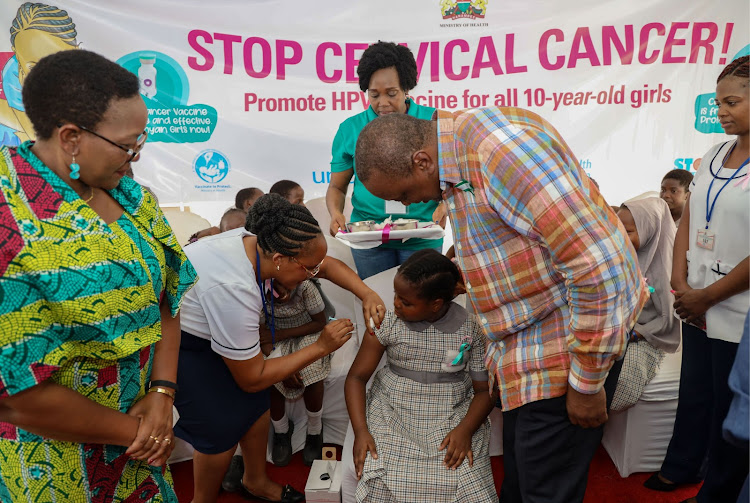 Kariuki also introduced the malaria vaccine and the human papillomavirus vaccine, for the first time in Kenya.

At least 327,503 girls have been vaccinated with the HPV vaccine while 63,728 children have so far received the malaria vaccine.

She also managed to raise the number of children immunised with childhood vaccines from 60 per cent in 2017 to more than 80 per cent.

Exclusive breastfeeding rates rose from 51 per cent in 2017 to 70 per cent.

The CS also counts the opening of the Kenyatta University Referral Hospital and the Othaya Referral hospital among her achievements. 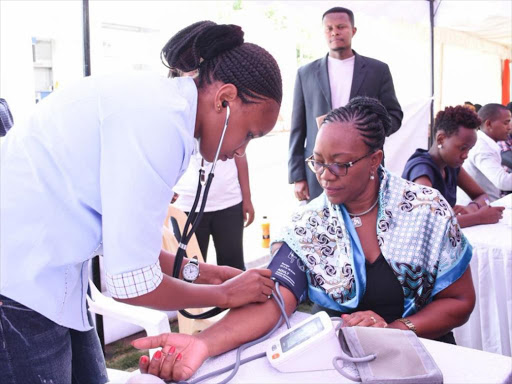 Kariuki also notably pushed the envelope for mental health in Kenya. She established the national task force on mental health and also initiated the upgrade of Mathari Mental Hospital.

"The process of transforming Mathari Hospital to a Semi-Autonomous Government Agency is almost complete now as the legal instruments are ready. The hospital will have a satellite centre at Gilgil," she said.

The ministry also shook up all private and public health facilities after conducting an inspection and verification.

"The facilities that were found to have met the quality standards have been gazetted," she said.

Before her transfer, CS Kariuki had initiated the restructuring of the National Hospital Insurance Fund.

"The implementation of the NHIF reforms as recommended by the Expert Panel is in progress," she said on Friday.

The reforms are expected to rid the national insurer of inefficiencies that have led to the loss of funds and poor services.

The fund will be the strategic institution on the national scale-up of UHC. It will be split into three independent institutions.