400,000 elderly most prone to die if coronavirus lands in Kenya

•"Older persons and persons with pre-existing medical conditions (such as high blood pressure, heart disease, or diabetes) appear to develop serious illness more often than others," WHO says.

•Smokers are more likely to die, compared to non-smokers, because the habit increases the risks of respiratory complications. 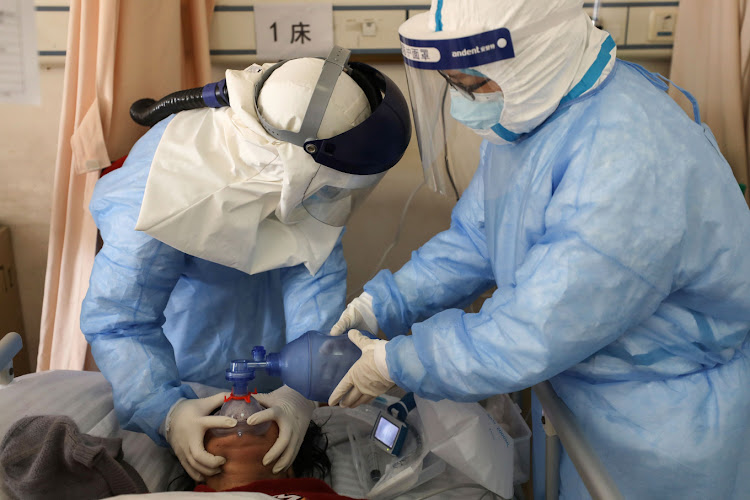 OUTBREAK: A patient with coronavirus is put on a ventilator in a hospital in China.
Image: COURTESY

Some 415,000 elderly Kenyans are at higher risk of dying from coronavirus if it spreads into the country.

These are the only Kenyans above 80 years, according to the 2019 Kenya National Population and Housing Census report released last week.

According to the World Health Organization, people aged above 80 have the highest risk of death - at 14.8 per cent - if they contract the Covid-19 or novel coronavirus.

The risk of death is highest among the elderly and smokers. It reduces in younger age groups.

"Older persons and persons with pre-existing medical conditions such as high blood pressure, heart disease or diabetes appear to develop serious illnesses more often than others," WHO says.

The global risk assessment is based on 72,314 cases of Covid-19 in China as of February 11 and is published in the Chinese Journal of Epidemiology.

From here the risk of death drops dramatically among younger people.

However, smokers are more likely to die if they contract the virus, compared to non-smokers, because the habit increases the risks of respiratory complications.

University of Nairobi virologist Prof Omu Anzala said Kenya should be on high alert over the outbreak.

Anzala is the director of KAVI-Institute of Clinical Research.

“Let us not imagine that the virus is far away from us, it could emerge from any point in this country, therefore, there is need to be highly alert,” Anzala said at the university this week. 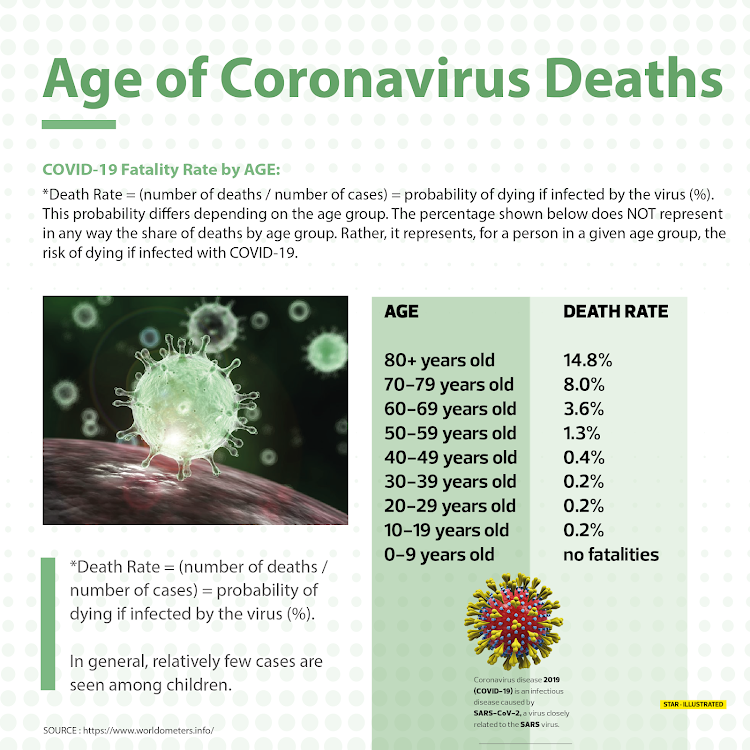 CORONAVIRUS: The risk of death according to age
Image: Illustrated by Shimron Sakwa

On Saturday, the government was under pressure to stop China Southern Airlines flying into Kenya or simply allow Kenya Airways back to Guangzhou.

Changsha is around 300 kilometres from Wuhan where the virus originated.

The Chinese embassy in Nairobi defended the airline, saying it had reduced its flights from four to one: Nairobi-Guangzhou, until March 25.

"The embassy has sent officials to the airport for assistance and before the arrival of the flight the embassy has reminded all Chinese companies and diaspora groups in Kenya again of the 14-day self-quarantine requirements," the embassy said in a statement.

Kenya also remains indirectly exposed as Ethiopian Airlines flies to China 17 times every week, and has at least three flights to Kenya every day.

Kenya Airways and South African Airways have all suspended flights to China.

WHO has, however, not advised airlines to withdraw flights to China.