Will be monitored on daily basis until they are picked by national govt to a KDF camp.

• The 11 Chinese (among them two females and 9 males) are under self-quarantine for 14 days and that the county government has set aside measures to curb the situation.

• The county has now set aside an isolated wing that will be used to treat and monitor suspects of the virus incase reported. The exact place will be communicated later. 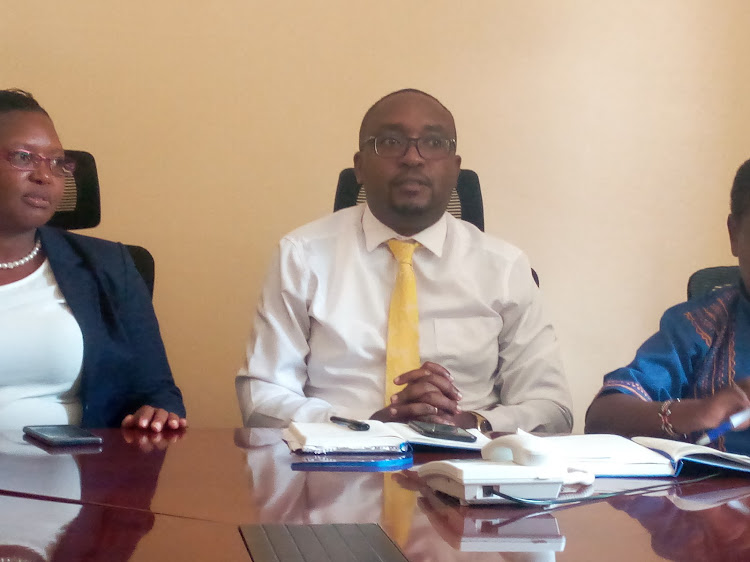 Machakos county now says it has deployed its teams to monitor 11 Chinese nationals under self-quarantine in Athi River.

The county while confirming there is no case of coronavirus in the county said the move came after fears that the virus would have hit the county.

Earlier in the day fears distressed the area residents after it was reported that the 11 Chinese nationals had been spotted wearing nose masks in Sidai Village in Athiriver, Mavoko constituency.

But the county Executive for Health Ancent Kituku said the 11 Chinese (among them two females and 9 males) are under self-quarantine for 14 days and the county has set aside measures to monitor the situation.

While briefing journalists in Mavoko,  Kituku the county has put in place a surveillance team in all the four estates where the nationals are being quarantined.

“We know there has been a lot of anxiety among Mavoko residents which has been caused by some misinformation that is spreading through social media platforms but I want to assure you that among those 11 Chinese nationals, none has expressed any symptoms of the Corona virus and they are strictly under self-quarantine in their various estates”, he said.

He said the county has further set aside an isolated wing at the county health facility that will be used to treat and monitor suspects of the virus in case one is reported.

Kituku said the 11 will be monitored on a daily basis until they are picked by the national government to a KDF isolation camp as directed by the Court.

"Measures to sensitize all public and health workers have been put into place to ensure that they can respond to an emergency quickly in case any suspects expresses symptoms of the virus," he said.

PS says corona is not the worst global epidemic, neither has it proven to be the most deadly.
News
2 years ago

“We have procured personal equipment to make sure that our people are well protected and that rapid response teams have been deployed at both county and sub-county level to survey the conditions and improvement of the suspects”, he observed.

The 11 Chinese arrived in Mavoko on Wednesday 26, February 2020 and are said to have passed through screening at the JKIA airport before they were allowed to proceed to their various destinations.

They were among the 239 passengers who arrived in the Country on Wednesday aboard a China Southern airline.

The High Court on Friday while temporarily suspending all flights from China directed the cabinet secretaries of Health, Transport and Foreign Affairs to trace all the passengers who boarded the China Southern flight.

Justice James Makau gave the orders saying the passengers will be confined and quarantined in a Kenya Defence Forces facility until they are duly certified to be free from the COVID-19.

Justice Makau said the matter was of great public interest.

In the second file, the judge issued an order preventing Health CS, Transport CS, Foreign Affairs CS, the AG and the Kenya Airport Authority from letting into the country any person from China through the air or sea.

The same orders are also applied to any other WHO-designated hot spot country that is adversely affected by the virus.

Judge said all the passengers will be quarantined until certified free from virus.
News
2 years ago
by PHILOMENA KILONZO Correspondent, Machakos
News
28 February 2020 - 19:44
Read The E-Paper