Coronavirus: We have only 11 isolation beds

• Refusal to self-quarantine is an act that threatens the health of the rest of the nation and is unlawful.

• Government says it has been unable to evacuate the 85 Kenyan students stuck in Wuhan because the entire city is under lockdown, with restricted movements. 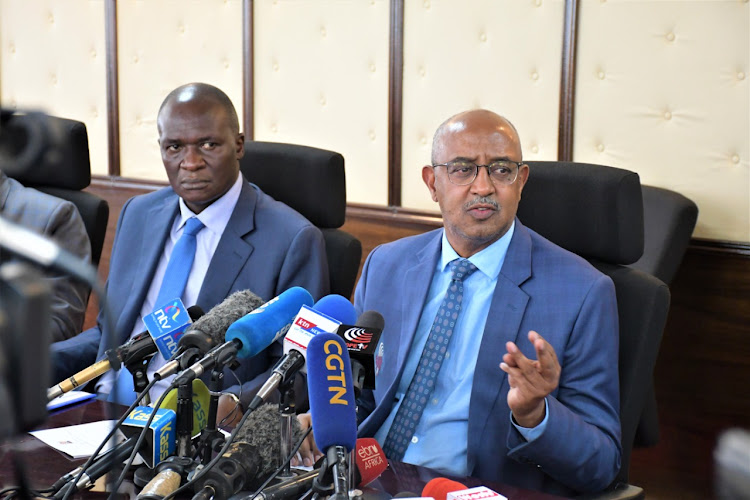 Kenya has only 11 isolation beds ready to be used in case of a coronavirus outbreak, the Ministry of Health has said.

Chief Administrative Secretary Dr Rashid Aman said they have also identified an open ward with 120 beds at Mbagathi County Hospital in Nairobi but will need a month to prepare it.

"The beds are there but we need to do more work to make it an isolation ward.  Within one month the facility at Mbagathi should be up," he said at a press conference at Afya House yesterday.

The ministry spoke on the day Kenyans including MPs and Senators demanded that the government stop all flights from China.

In another news conference in Geneva, the World Health Organization head Dr Tedros Ghebreyesus yesterday urged countries to take action against the virus. He insisted it was still possible to stop its rapid spread.

"My message to each of these countries is - this is your window of opportunity," he said.

"If you act aggressively now, you can contain this virus. You can prevent people from getting sick.  You can save lives," he added

Although no Kenyan has tested positive, globally, more than 80,000 people in about 40 countries have been infected with the new coronavirus, which emerged in December. The vast majority remain in China.

Covid-19, the respiratory disease caused by the virus, has killed more than 2,700 people so far.

Last week, Treasury Principal Secretary Julius Muia said the Ministry of Health had asked for Sh1.8 billion to renovate the Mbagathi ward. The money has not been approved yet.

Dr Aman said all ports of entry have isolation facilities where passengers with suspected coronavirus can be isolated for a short time before being taken to hospital.

"The ministry of health has met with all the chief executive officers of major private health facilities within Nairobi to support the provision of additional isolation facilities," he said.

If you act aggressively now, you can contain this virus, you can prevent people from getting sick, you can save lives

Dr Aman said the Chinese flight that arrived on Tuesday brought in 198 citizens of the country.

More Chinese arrived on other flights including the Ethiopian Airlines and the middle eastern flights that connect Kenya to China.

He said 13 Kenyans were also on the China Southern Airlines, while 28 passengers were simply transiting through Nairobi.

Dr Aman said it is fruitless to ban the direct Chinese flight immediately because they will still use other airlines to reach Kenya.

"However we are monitoring the situation and this is one of the issues under discussion and a decision will be made," he said.

The government came under fire from furious MPs yesterday for the "reckless" decision to allow a Chinese airline with 239 passengers to land at the JKIA on Wednesday.

In Parliament, MPs from across the political divide were unanimous in condemning the government accusing the state of leaving Kenya exposed

However, despite stopping Kenya Airways from flying to China, the government on Wednesday allowed 239 Chinese to landed at JKIA triggering an immediate uproar.

Angry legislators confronted Foreign Affairs CS Raychelle Omamo to explain what informed what they termed as a reckless’ move to allow in the Chinese plane.

The National Assembly’s departmental committee on Defense and Foreign Relations wondered why Kenya is out "to pamper China" even at the point of endangering the lives of its own citizens.

The situation got worse when the CS tried to inform the committee that the decision to allow the Chinese into the country was done in the best interest of the country.

“The aeroplane did not originate from Wuhan because Wuhan has been under lockdown and people quarantined and no aeroplane goes there. The passengers were cleared under the guidelines of World Health Organization..The decision was made in the best interest of the country,” Omamo said.

The CAS in a media conference later in the day said the Chinese arriving in Kenya are not from Wuhan, the city where the outbreak began.

"We cannot stop them from coming because that would amount to discrimination. Just because they come from China, it does not mean they are sick," he said.

Dr Aman said they have been unable to evacuate the 85 Kenyan students stuck in Wuhan because the entire city is under lockdown, with restricted movements.

However, pressed, he said this was an issue he did not want to speak about.

The ministry said it is relying on the goodwill of the travellers to self-isolate themselves for 14 days, within which coronavirus symptoms would show if they are infected.

Dr Aman said all travellers are given guidelines on self-quarantine and are not expected to interact with their families.

He said it would be difficult for the government to police all the travellers, although county authorities were monitoring the newly-arrived Chinese.

"We also have a contact tracing system so we know even which seat they sat on in the plane and the taxi they used from the airport," he said.

He said refusal to self-quarantine is an act that threatens the health of the rest of the nation, and is unlawful.

The ministry also denied knowledge of any Kenyans who may have contracted the virus in Europe.

Yesterday, there were unverified reports that a Kenyan was hospitalised in Vienna, Austria, after testing positive for coronavirus.

Currently, Algeria is the only African country that has an existing case of coronavirus, or covid-19, after the case in Egypt tested negative.

The ministry of health said Africa has remained free of the disease because of its limited interaction with China through flights, compared to the rest of the world. 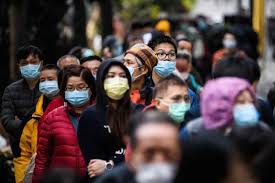 Old people will die first if the virus comes

Some 415,000 elderly Kenyans are the most at risk of being killed by the novel coronavirus if it spreads into the country.

These are the only Kenyans above 80 years, according to the 2019 Kenya National Population and Housing Census report released last week.

According to the World Health Organisation, people above 80 years have the highest risk of death - at 14.8 per cent - if they contract the covid-19 or novel coronavirus.

The risk of death is also high among smokers and reduces in younger age groups.

"Older persons and persons with pre-existing medical conditions (such as high blood pressure, heart disease, or diabetes) appear to develop serious illness more often than others," WHO says.

The global risk assessment is based on 72,314 cases of covid-19 in China as of February 11 and is published in the Chinese Journal of Epidemiology.

From here the risk of death drops dramatically among younger people.

However, smokers are more likely to die, compared to non-smokers, because the habit increases the risks of respiratory complications.

According to the University of Nairobi virologist Prof Omu Anzala, Kenya should go on high alert over the outbreak.

Prof Anzala is the director of KAVI-Institute of Clinical Research.

“Let us not imagine that the virus is far away from us, it could emerge from any point in this country, therefore there is need to be highly alert,” Prof Anzala said at the university this week.

The patient was an Italian man who had arrived in the country on 17 February.
News
2 years ago