Why Uhuru took over Sonko's functions

• Embattled Nairobi Governor Mike Sonko has surrendered key county functions to the national government in the wake of an impeachment motion against him. 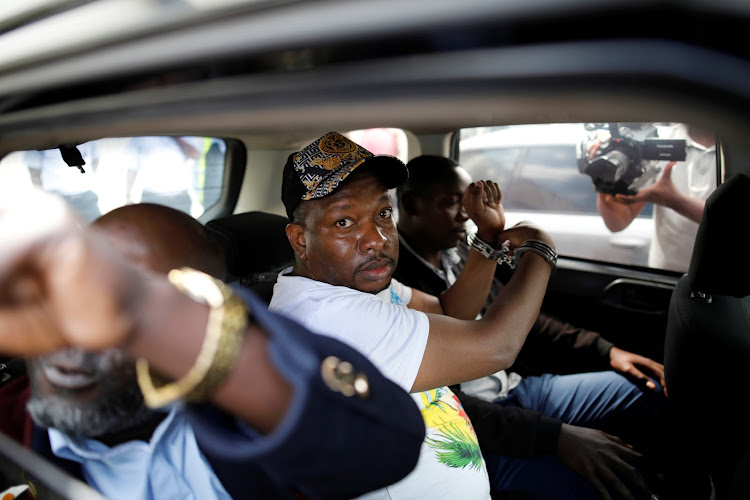 President Uhuru Kenyatta made an unprecedented decision to take over the functions of Nairobi county because of the chaos and mismanagement it suffered.

Devolution Cabinet Secretary Eugene Wamalwa told the Star that Uhuru was concerned key services would stop yet the county gets billions from the government.

"The state of Nairobi county is well known to all. Something needed to be done urgently," Wamalwa said.

Embattled Nairobi Governor Mike Sonko's move to surrender key county functions was seen as a strategy to dodge an impeachment motion against him.

In a move announced last evening by State House spokesperson Kanze Dena, the flamboyant county boss, who is facing graft charges, relinquished core roles of his administration after a day-long meeting with  Wamalwa.

“In a landmark agreement signed at State House today, Governor Mike Mbuvi Sonko and Devolution Cabinet Secretary Eugene Wamalwa in concurrence with H.E President Uhuru Kenyatta, signed an agreement, handing over functions of the Nairobi County Government to the National Government, pursuant to Article 187 of the Constitution,” Kanze said in a statement.

These are the key functions of any county government and relinquishing them strips Sonko’s of his powers. His administration is now essentially a mere appendage of the national government.

Council of Governors chairman Wycliffe Opanya said the move leaves Sonko as a governor without portfolio.

“If the governor signed the agreement voluntarily then that is a matter provided for in law. Either level of government can surrender functions,” Oparanya said.

He, however, said the move was weighty and must be approved by the county assembly. Several lawyers weighed in, terming the decision unconstitutional.

The move means that Sonko will be forced to sunder the billions of shillings the county has been collecting from building approvals, parking and hospitals to enable the respective national government ministries to execute the functions.

Kanze’s statement reveals the takeover plan of the county has been in the pipeline for some time owing to the pathetic and substandard services the city residents have been getting.

“This will ensure Nairobi residents receive services efficiently. The move comes as a breakthrough in the running of county services that had ground to a halt,” reads the statement.

But the move, which comes only weeks after Ferdinand Waititu was impeached and replaced by his deputy James Nyoro, could be seen as Sonko’s bargain to save his job.

Sonko was last December charged with corruption and abuse of office in the loss of Sh357 million and subsequently blocked from accessing his City Hall office.

Already, a notice of impeachment motion against the governor has been filed on the floor of the county assembly.

Article 187 of the Constitution provides for the transfer of functions between levels of governments upon an agreement.

Yesterday, Minority leader David Mberia, whose wing has filed the motion said Sonko acted out of panic and decided to save himself by handing over the functions over.

“What Sonko has done is to hand us over to the wild dogs. He saw that he will be impeached and to save him the embarrassment, he decided to give up some of the county functions,” he said.

The Karen MCA maintained that the impeachment plans will proceed.

“This does not interfere with our impeachment plans in any manner. We will proceed as expected and we shall even gain more numbers. Now people can see how the governor is scared of the looming impeachment,” he said

Majority leader Charles Thuo said the move took them by a surprise and promised to consult further.

“I have nothing to say because it has taken all members by surprise and no one expected it.  We need a further explanation on how the county will be working,” he said.

Majority Whip June Ndegwa faulted Sonko for not consulting before making the decision.

“Whom did he consult? We have a Senator and Woman Representative in the county. Why should he hand over without consulting? This is just not acceptable,” she added.

Ndegwa said the governor smelt defeat and decided to rescue himself and to throw the county under the bus.

A lawyer who was part of the Committee of Experts that midwife the current Constitution advanced four reasons why the move was illegal.

First, he said, Sonko was barred from his office and there are questions as to how he accessed the seal that he used to ratify the agreement which he termed as fundamental.

He also said that the constitution did not envisage the office of the governor making a unilateral decision to transfer power to the national government.

Article 187 states that a function or a power of government at one level may be transferred to a government at another level by agreement between the governments.

“The Constitution does not say the office of the governor but refers to governments which means the county assembly and the people of that county must also be involved through their elected representatives,” the lawyer told the Star.

Third, he said, the Constitution did not envisage a mass transfer of functions which amounts to a dissolution of a county.

He said yesterday's move will render the Nairobi county assembly and some of its CECs irrelevant.

Lastly, the lawyer said, the Sonko used the agreement to dodge a legitimate removal process through impeachment.

Roysambu MCA Peter Warutere who is a close ally of Sonko and also chairs the assembly’s health committee was also surprised by the move.

“Sonko is just himself and now we need to know how to proceed and especially on the assembly side. What shall be of the health, transport and planning committees?” he said.

The Star established that last week, the embattled governor had been making visits to State House, which might have led to the decision.

Currently, Charles Kerich is the Lands, Housing and Urban Planning CEC, Mohammed Dagane is in charge of Roads and Transport and Hitan Majevdia – Health.

It is in the Urban Planning docket that Sonko suspended 15 officials in September last year following the Precious Talent Saga.

No building approvals were made in Nairobi from August last year. Services resumed last week.