They were born or brought to Kenya in the five years preceding the 2019 population count.

•The report shows only 89.3 per cent of births in Kenya are registered.

•It is the parent's responsibility to notify the local administrators or health facilities if the child is born at home. 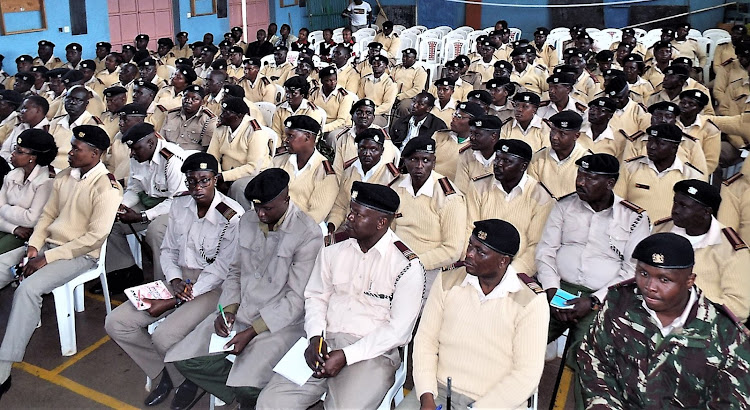 CENSUS Chiefs at a meeting in Eldoret being briefed on the census exercise on August 22, 2019. They should also ensure all births within their localities are registered.
Image: FILE

Census clerks found some 485,748 children, equal to about one per cent of Kenya's population, who were never known to the state.

The children were born or brought to Kenya in the five years preceding the 2019 population census but the authorities were never notified of their birth or existence.

The Kenya National Bureau of Statistics says because they were never officially registered at birth or after emigration into Kenya, they have no legal identity.

It is the parent's responsibility to notify the local administrators or health facilities when a child is born at home.

Chiefs and their assistants should also ensure all births within their localities are registered.

The notification shows the child's name, sex, date and place of birth, and the names of parents.

A birth notification is mandatory before a child in Kenya can get a birth certificate.

“As soon as a child is born, he or she has a right to a name, an identity and to nationality for official identity and recognition, and not to be vulnerable to theft/trafficking, arraignment or to child marriage," says the registrar of births on its website.

According to the 2019 Kenya Population and Housing Census report, 409,014 of these children were found in villages and 76,734 in urban areas in all counties.

The report shows only 89.3 per cent of births in Kenya are registered.

According to Unicef, a child without a birth certificate cannot prove his or her age and can be exploited by being put to work, of being arrested and treated as an adult in the justice system.

“This greatly inhibits governments’ ability to plan, for instance, how many teachers and doctors their countries require - and denies children fundamental rights that flow from the official notification of their births," said Mohamed Malick Fall, Unicef regional director for Eastern and Southern Africa.

He spoke in August on the Civil Registration and Vital Statistics Day in Africa.

Arid and northern Kenya counties lead with the highest number of unregistered children.

Despite Nairobi being the hub of all child registration services, the census report released last week shows it has 18,737 children who were never registered.

Birth notification in Kenya has been made easier over the years, which has raised the number of registered births from 57 per cent in 2013 to 89.3 per cent today.

If a child's birth was not notified to authorities, they can still apply for late registration later, but it is a more cumbersome process to prevent trafficking.