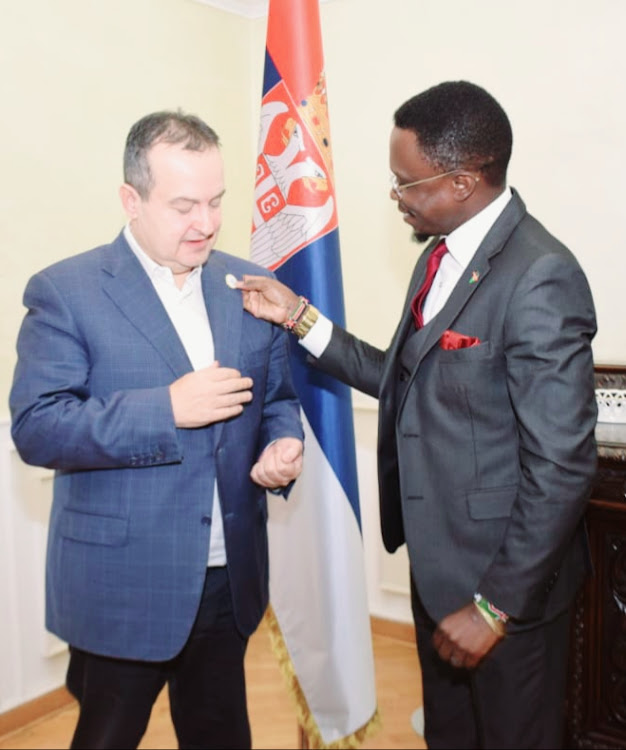 The government has taken its campaign for a United Nations Security Council seat to Belgrade, Serbia.

This comes after the government earlier in the week played host to foreign diplomats from New York and Addis Ababa.

Sources within the ministry indicated all diplomats and CAS had been directed to use the slightest opportunity they might have to talk about Kenya’s bid for the seat.

Ababu  who is on an official visit urged Serbian companies to invest in Kenya's Big 4 Agenda in manufacturing, food security, affordable housing and universal healthcare.

"Kenya is keen to leverage on Serbia's expertise especially in manufacturing with your strong industrial base in automobiles, machinery, chemicals, pharmaceuticals and food processing,"  Ababu said  in bilateral talks with Ivica Dacic, Serbia's First Deputy Prime Minister and Minister for Foreign Affairs.

State splashes millions to fly in and entertain 45 UN diplomats

Kenya has hosted at least 45 permanent representatives to the UN.
News
2 years ago

“Today, this special friendship is evidenced by the commitment of Serbia confirmed by Your Excellency right now to support Kenya's bid for the United Nations Security Council (UNSC) non-permanent seat for the period 2021-2022 in the vote to be held in New York this June,” he said.

Kenya last week  hit back at Djibouti for contesting against its endorsement by AU to represent Africa at the United Nations Security Council.

Through the Ministry of Foreign Affairs, Kenya said it considered the matter no longer about candidature but about the values and the principles it had chosen to abide by.

Djibouti President Ismaïl Omar Guelleh had earlier in the day issued a statement saying by AU endorsing Kenya's candidature it violated the rules and procedures.

President Guaelleh said Djibouti ought to be Africa's sole representative for the non-permanent seat for the 2021-2022 year based on the Africa groups and AU's clear rules and longstanding precedents for selecting a candidate.

But Kenya said it had remained restrained, choosing to run a dignified campaign that upheld African values and which focused on the contribution it intended to make towards creating a just and peaceful world.