• Makau noted that the country’s resources are being drained in paying debts, leaving zero shillings – literally – for development

• Treasury CS Ukur Yatani on Tuesday  told Parliament that he is left with no option but to cut a further Sh161 billion from development budget to plug budget hole. 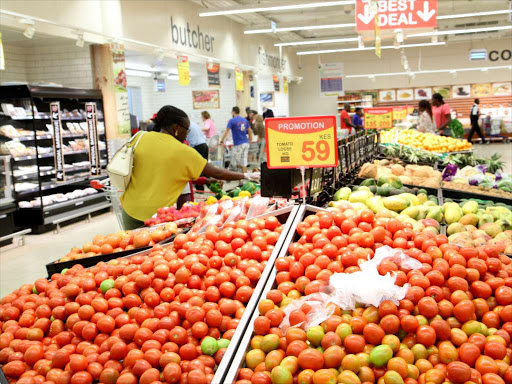 Massive debt and under-performing revenues both in the national and county governments mean Kenyans have a bleak economic future, the Parliamentary Budget Office has warned.

“There is a puncture on our aircraft wheels. The economy is growing but it is not being felt on the ground,” PBO head Phyllis Makau said.

In its report 'The Shuteye Economy: Unpacking the 2020-21 Budget Policy Statement, the office said Kenya has in the recent years failed to hit growth targets and the trend is expected to worsen.

The PBO poked holes in the projections captured in the National Treasury's Budget Policy Statement.

It recommended a significant change in policy direction and budget execution to scale up the country’s productive capacity and enhance a higher growth trajectory.

Makau took Senators through the BPS that was tabled in the Senate last Thursday.

The PBO is an independent office that advises Parliament on budget cycle, fiscal policy and the financial implications of proposals.

The report said the economic growth stagnation that began in 2013 will persist because of debt and the under-performance of the agricultural and tourism sectors.

Declining exports and failure of or the slow take-off of the Big 4 project are also to blame.

Treasury CS Ukur Yatani on Tuesday told Parliament that he is left with no option but to cut a further Sh161 billion from development budget to plug the budget hole.

“The real per capita income has remained lower than that of other comparable African countries. As of 2018, Kenya’s real per capita GDP was Sh1.2 million while that of Zambia, Ghana and Nigeria was Sh1.7 million, Sh1.8 million and Sh2.4 million respectively,” it reads.

Makau said that the country’s resources are being drained in paying debts, leaving zero shillings for development that could have grown the economy.

“Available resources for development (in terms of the distribution of ordinary revenue to key expenditure categories) was -2 per cent in 2018-19 and zero in 2019-20,” it reads.

Makau said that the poor performance of the agricultural sector and declining domestic exports of major agricultural projects have hurt the economy.

“Kenya’s exports have been on a steady decline over the past decade. Exports as a share of GDP declined from 14 per cent in 2011 to seven per cent in 2018. The downward trend was driven by the relatively slower growth in the value of all the domestic exports,” Makau said.

“Tea sector, international tourism and sugar sector are underperforming. These are the major foreign-exchange earners. Diaspora remittances are the only remaining exchange earner but they are not reliable as a source of foreign exchange,” she added.

The revenue crisis has been aggravated by the ever-declining own-source revenue by the 47 county governments.

In the past five years, the counties' revenues underperformed by Sh85 billion or 32 per cent of the targeted collection.

Makau further noted the President’s Big Four Agenda envisioned to spur economic growth have either failed to take off or are doing so at a sluggish pace.

“The Big Four Agenda is in the mind of the President and the people at Treasury. There is no additional money to fund the Big Four,” PBO deputy director Martin Masinde said.

The office noted that three years after the government rolled out the manufacturing, universal health care, housing and food security programmes, not much has been achieved.

The manufacturing programme was to create jobs and cater for 15 per cent of the GDP. But the office said, “The programmes implemented so far have not spurred the manufacturing sector. Its share of GDP has been steadily declining (from 12 per cent in 2009 to 10 per cent in the third quarter of 2019).”

The office argued that a small budgetary allocation, failure to reform the NHIF, sidelining of counties and the retention of ‘huge funds’ at the Ministry of Health have slowed down the roll-out of UHC.

The programme was supposed to guarantee quality and affordable healthcare to all Kenyans by 2022.

“The programme seems to be off-track hence the need for a comprehensive status report on the implementation and viability of pursuing it,” the office said.

The situation is the same with the food security programme where the office noted that the realisation of the agenda ‘appears to be a bleak’.

Concerted efforts must be put to meet diminishing agricultural productivity, declining land sizes, underfunding and prevalence of pests and diseases.

“The sector’s (agriculture) resource requirement stands at Sh105.4 billion against an allocation of Sh51.2 billion in 2020-21 financial year.”

The report comes a day after credit rating firm Moody's ranked Kenya among six countries in Africa that are vulnerable to financial crunch owing to a high debt obligation.

According to the rating agency, credit risks are highest in countries where unfavourable debt structures coincide with narrow external buffers, financing constraints on domestic banking sectors and weak debt-management capacity.

“The Republic of the Congo, Mozambique and Zambia are most exposed, while Ghana, Angola and Kenya are also vulnerable but to a lesser extent,” Moody's said.

Early this week, the US-based agency maintained Kenya's creditworthiness at 'moderate', an issuer rate of B2 granted in 2018, citing positive intent by the National Treasury to ease the fiscal burden.

It, however, indicated that Kenya's future rating will be pinned down by high debt obligation.

Bad revenue flow has made the government create pesky task measures, targeting the informal sector, pushing up the cost of living especially for the poor.

Today, traders earning less than Sh5 million are respected to remit the first instalment of the re-introduced monthly turnover tax.