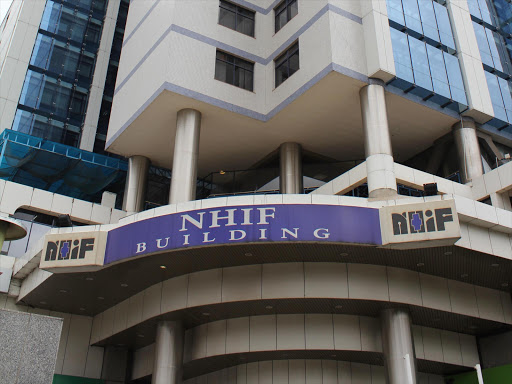 At least 1,700 health facilities have been dropped by the National Hospital Insurance Fund for fraud and poor standards.

The board says many of those dropped were bogus "container clinics" accredited with the sole purpose of siphoning funds.

Board vice chairman Roba Duba did not name the facilities or the amount the fund had lost.

However, early last year the Directorate of Criminal Investigations said the fund had been losing more than Sh10 billion in false medical claims every year.

Nineteen senior managers were sacked last year partly due to loss of funds.

“This is the most cruel graft I have so far encountered. These merciless people have been stealing patients’ money, leaving them to die,” DCI George Kinoti told journalists in February last year.

He said the NHIF management and the private facilities would generate false medical bills for members who had never sought treatment.

The Ministry of Health has since taken over accreditation of health services providers.

The function is now carried out by several ministry institutions including the medical and dentists board.

He said the board was represented on the health reforms panel appointed by Health Cabinet Secretary Sicily Kariuki in February.

In the panel's report presented in October and seen by the Star, the panel recommends that NHIF give up accreditation of health facilities and the determination of benefits to service providers.

Duba said the board had already begun implementing some of those recommendations.

He said some of the reimbursements were a clear rip-off and had no actuarial basis.

"The board initiated a benefit review in October 2019 to redefine standards for development and adoption of new and revised benefit packages, access, authorisations and controls," he said.

MRIs billed to an insurer are always more expensive than those for patients who are paying out of pocket.

The board says they have also revised the contracts for the accredited service providers, which reduces risks to the fund.

"Revised valid contracts for all providers in the 2018-21 contracting cycles have been issued to the healthcare providers," Duba said.

The panel's report had also indicted the board for working in cahoots with service providers to inflate reimbursement rates.

The panel, led by James Wambugu, said NHIF had been "captured" by private health service providers whom it paid 86 per cent of all payouts.

Health CS Kariuki said in its current state, the fund could not be the strategic partners for universal health coverage and must be restructured.