More Nairobi men have no sperm in semen - study

There are no symptoms apart from trying to get your partner pregnant without success.

• Researcher Chalo says most subjects had normal semen volume (89 per cent), which means they ejaculated well.

• The condition is caused by problems with the testicles and is treatable most of the time. 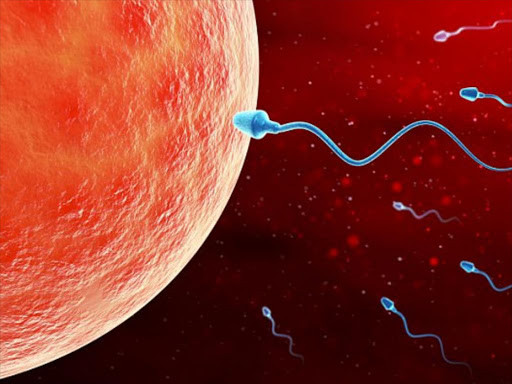 There are no symptoms apart from trying to get your partner pregnant without success.

A growing number of men visiting fertility clinics in Nairobi are being diagnosed with having no sperm in their semen.

A study at the Kenyatta National Hospital shows this is one of the fastest-growing causes of infertility. In 2013, only 7.6 per cent of men at the KNH fertility clinic had no sperm in their semen, but in 2018, the number doubled to 14.12 per cent.

The results were presented at the Kenya Medical Research Institute 10th Annual Scientific and Health conference in Nairobi last week.

"This study showed a significant increase in the proportion of men affected by azoospermia when compared with the 2013 study from KNH," Kemri researcher Dennis Chalo said.

He said semen analysis is an important test in the evaluation of male infertility because it is simple, informative and non-invasive. Azoospermia — the lack of sperm in semen — happens to about one per cent of all men and 15 per cent of infertile men, according to the World Health Organisation.

There are no symptoms apart from trying to get your partner pregnant without success. The condition is caused by problems with the testicles and is treatable most of the time.

"A total of 85 semen analysis reports were studied. Almost half of the men were between 30 and 39 years of age and most (50 out of 85) reported that they did not have children," Chalo said.

The analysis showed 48.24 per cent of the study subjects had normal semen and sperm parameters. The main cause of male infertility in Kenya remains low sperm count (oligozoospermia), which was also confirmed by the study. Chalo said it affected 23.53 per cent of the men, followed by azoospermia (14.12 per cent).

In 2017, Dr Jamleck Muthuuri of Mombasa, whose study of male infertility in Kenya features prominently in the continental analysis, linked low sperm count to modern lifestyle.

The study also found in some men the abnormal sperm motility, where sperms move in a wayward way instead of rapidly. Other men with fertility problems had abnormally shaped sperms. Normal sperms have an oval head with a long tail, while abnormal ones may have an oddly shaped head and crooked tail.

Chalo said most subjects had normal semen volume (89 per cent), which means they ejaculated well. The sperm was also of normal appearance (98.8 per cent), consistency (98 per cent) and white cell count (57.65 per cent).