• According to the report, 107 police killings and enforced disappearances were recorded in 2019.

• Majority of these are young men under 35 years old and most of them are those who live in informal settlements in Nairobi. 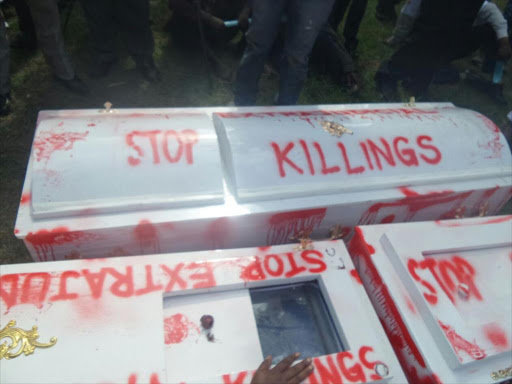 Activists in Nairobi during protest over extrajudicial killings.
Image: FILE

While lovers are celebrating Valentine's Day, the families of young women and men who have been killed by police or forced to disappear since 2007 were handing out roses demanding for justice. The mothers, brothers, widows and sisters of the victims of extrajudicial killings and forced disappearances were afraid to talk, traumatised by the intimidation and harassment meted out on them for speaking out.

One of the women at the launch of the 2019 State of police killings and enforced disappearances in Kenya was a mother whose son was among seven young men killed in Mukuru slums in 2016 during what police claimed was a robbery attempt.

"Sitaki kuongea! (I don't want to talk!). The last time l talked to the media, l was followed to my house in Mukuru slums. After the shooting, the people who shot my son saw me on TV demanding for justice. Since then my life has been difficult,”the woman who wanted to be identified only as Mary said.

"These people fear because they are being threatened by officers who are still running loose."

Another of the women whose son was also a victim of police killing was extremely vehement in her refusal to be interviewed or to even be photographed.

"We cannot do this. Sitaki hata sura yangu ionekana kwa sababu watanikujia (I don't even want my face to be seen because they will come for me)," Mary said. 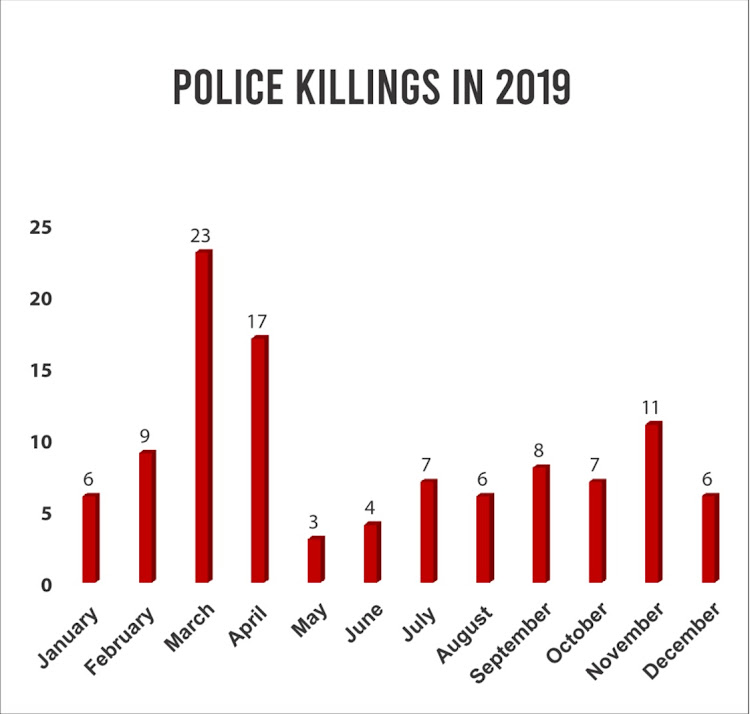 According to the report, 107 police killings and enforced disappearances were recorded in 2019. Majority of these are young men under 35 years old and most of them are those who live in informal settlements in Nairobi.

"We appeal to police to embrace human dignity and be in solidarity with mothers and victims..we give the flower to signify that we are with them. A rose has thorns and petals..we hand over the petals not the thorns...," he said.

A woman whose two sons were shot dead by the police and who has been lobbying to have the victims families present a united front when demanding for justice said it was difficult for these families to move on if they have not received any justice.

"I lost two children. The pain that comes with that loss is unfathomable. When big people fight, it is us, the weak who suffer," said the woman who declined to give her full names for fear of retribution and only asked to be identified as Mama Victor Otieno.

Twenty eight year old Vivian Njeri and her mother, Sabina Wangui, survived a beating meted out to them by policemen sent in to quell protests in Mathare over the 2017 election results. "We were having breakfast when we heard policemen shouting ukipata mtu pita na yeye!

"They broke through the door and started shouting at us asking why were we rejecting the results! They beat us. They wanted my father. My mother is a single mum! "

By the time they left, we were hurt badly. My mother is still nursing her wounds. Nothing has been done since. The police want us to identify the policemen who assaulted us, But how can we when they have never held a identification parade? And even if they do so,it is difficult to remember as we were trying to shield ourselves from the beating!,” she said.

"We are scared since no action has been taken. The IPOA promised counselling but nothing came of it. We don't know what will happen in 2022? What will happen to us then?,” she says.

Amnesty International’s board chair Renee Ngamau said she was aware of the intimidation and harassment that families faced when they spoke out demanding justice for victims.

"We need to understand that they fear for their life and just let them be. That is why we held today’s event to highlight the need to support victims’ families as they push for justice,” she added. 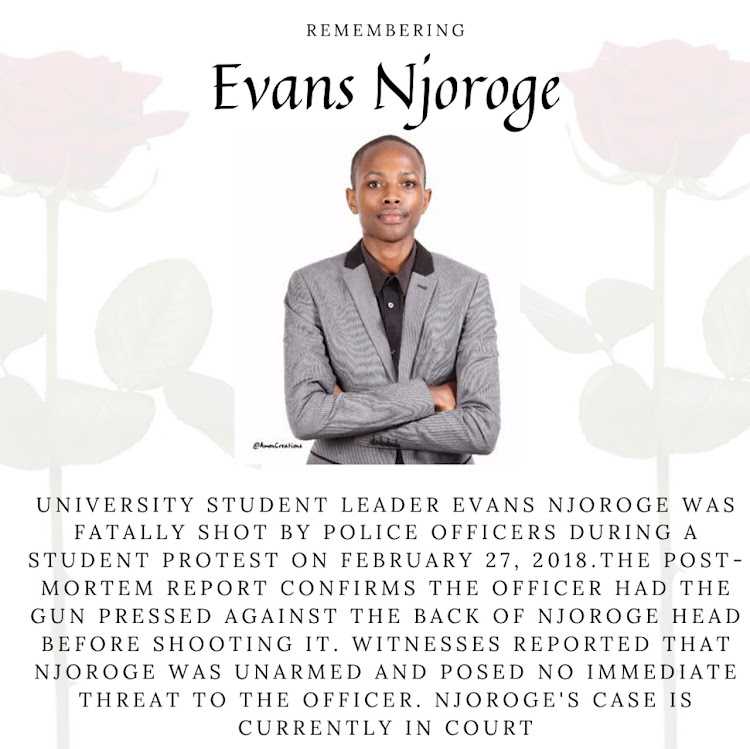 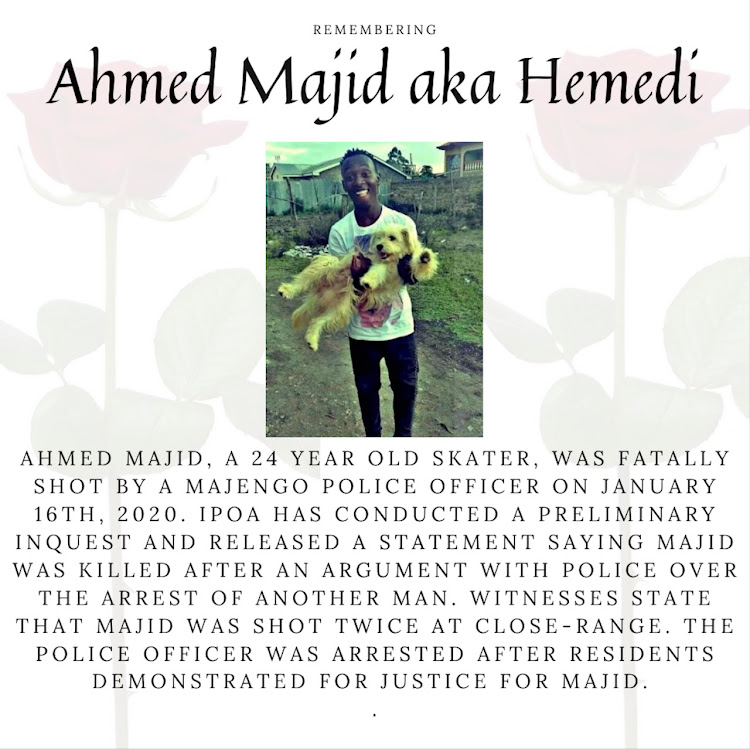 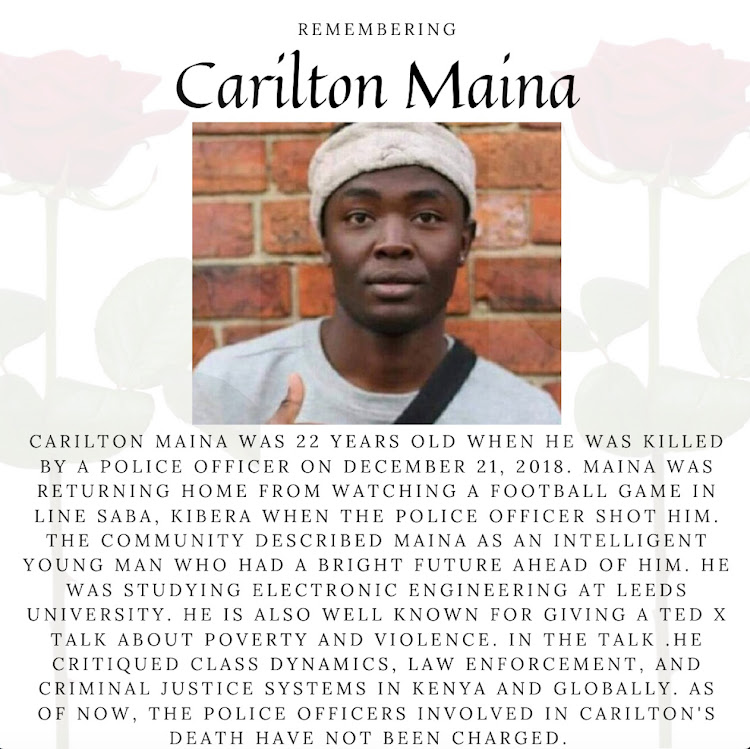 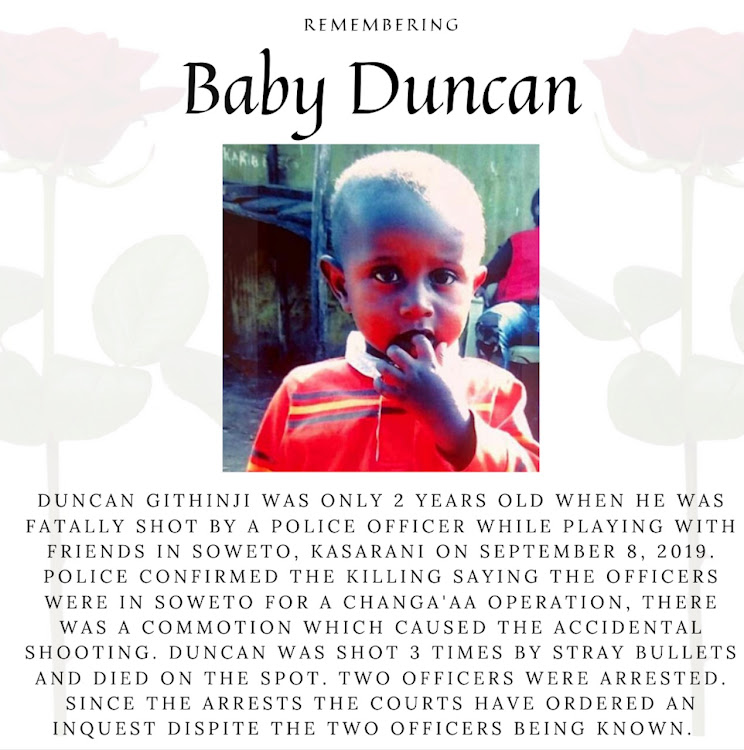 However, IPOA says according to their records, killings have declined.
Counties
2 years ago
by NANCY AGUTU Senior Digital Reporter
News
14 February 2020 - 20:01