He was ordered to first pay Shh10,000 fine or serve two months in prison before flying back

• Brit allegedly refused to pass by at immigration counter to fill forms for visa application and declined to surrender his passport.

• Charles requested court to pardon him or pass a lenient sentence saying he was a first-time offender and a tourist. 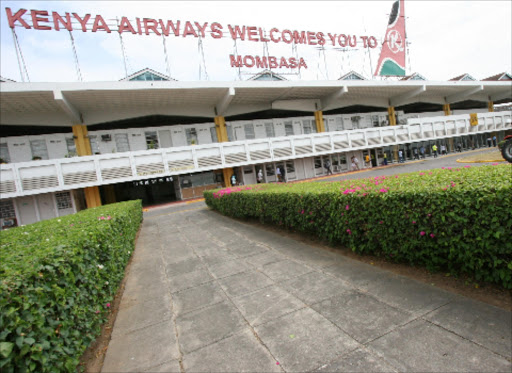 A Mombasa court on Thursday ordered the repatriation of a British tourist after he failed to get a visa on arrival at the Moi international airport. He pleaded guilty.

Resident magistrate Vincent Adet allowed the immigration office to repatriate Gregory Charles after serving a two-month sentence or upon payment of Sh10,000 fine.

Charles was arrested on February 8 at Moi international airport Mombasa.

The court heard that Charles arrived at the airport around 12:10pm with a passport number 537145513 on board an Ethiopian Airlines plane. He allegedly refused to pass by the immigration counter to fill forms for visa application and declined to surrender his passport.

According to police reports, the accused went straight to collect his luggage and walked out of the airport despite being requested to pass by the immigration counter.

He was later arrested after he exited the airport.

Charles requested the court to pardon him or pass a lenient sentence saying he was a first-time offender and a tourist.

He further asked court either to consider a non-custodian sentence "since his mother and siblings depend on him".

"Having considered the mitigation from the accused person, the court orders that he serves a two month in jail or pays a fine of Sh10,000" Adet ruled.

The court further directed Charles to be handed to Immigration upon payment of the fine or serving the sentence for repatriation on his own cost.