Snake was wrapped in bed sheet and put in a suitcase

• He was arrested by ferry security as he passed the screening area.

• Police say name on ID is different from the one he gave them. 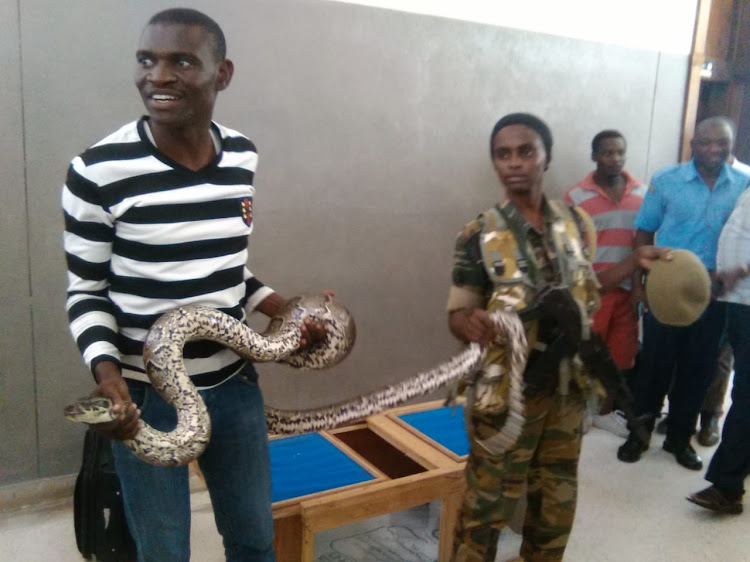 A man on Wednesday pleaded guilty to transporting a python without a permit from the Kenya Wildlife Service.

Karissa Iha, 33, was arrested at Likoni ferry services on Tuesday in possession of a python 2.3 metres long and 10kg heavy. It was wrapped in a bed sheet and placed in a suitcase.

He was intercepted by the ferry security team as he passed the island KFS screening area.

The prosecution requested the court to give then more time to enable police identify the suspect before the facts were read to him.

At the time of the arrest, the suspect did not have a national identification card and police suspect the name he gave the police is false.

According to police, the suspect's real name is Benedict Karissa Fondo as it appears on his ID.

They needed to amend the charge sheet before the case proceeds.

Mombasa resident magistrate Vincent Adet allowed police to detain the suspect until Thursday when the case will be heard.

The snake is under the protective custody of KWS in Mombasa.

It was brought to the court during the hearing of the case.

The suspect tried to speak in court but was directed to be silent until Thursday.