• Prof Thairu recounts approaching many western donors for support, and the requests were turned down. 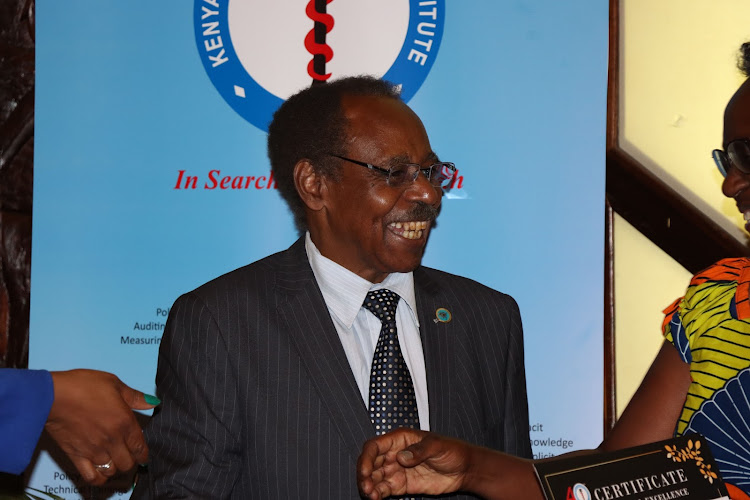 Prof Kihumbu Thairu was travelling abroad when he was named chairman of a non-existent medical research institute in 1979.

This was two years after the former East African Community was dissolved, and the East African Medical Research Council collapsed.

"When I asked the minister where this institute is, he said it said it's not there, you have to develop it," Thairu says.

He was shown two empty rooms at the ministry of health.  One room was to be an office for the incoming director, and the second office for the staff.

Thairu recounts approaching many western donors for support, and the requests were turned down.

The government had seed money of Sh50 million, but the founding team needed about Sh200 million.

"All the donors said medical research is not a priority in Africa.  One donor told me, Prof Thairu if you want to do research on population and fertility of Kenyans, come tomorrow and I will give you $3 million," he says.

"Others said that's duplication. You can simply begin dissemination of the research we have already done about Africa."

Thairu is the founder chairman of the Kenya Medical Research Institute, from 1979 to 1984.

The institute today has a staff of about 4,000 people.

Thairu joined the staff as chief guest during the institute's 40th-anniversary celebrations in Nairobi yesterday.

He says it's the Japanese government that really set Kemri off the ground in 1979.

Today, the Japan International Cooperation Agency (JICA) has the longest-running partnership with Kemri, although other partners have come on board.

They include the US Centres for Disease and the Walter Reed Institute of Research, owned by the US Army.

"By 1984, I had, with support from Jica and the Kenya government, developed this institute into the best-resourced multidisciplinary medical research institute in 'the Developing World'," he says.

He says Kenyans have accepted so many double standards just because they are a developing country.

"The concept of minimum standards for civilised living must be brought to bear for every Kenyan. You don't need to go to school to live in a decent house and running water. This is a basic human right," he says.

He also disagrees with the concept of tropical diseases, which is often used in a racist way.

"It's nonsense," he says. "Cholera is called a tropical disease but you know where it was discovered? In London."

Thairu also served as vice-chancellor (2008-2011) of the Presbyterian University of East Africa and chairman of the Commission for University Education (2004-2010).

He was born in Kikuyu, went to Thika High School, and thereafter Makerere University College for his undergraduate and postgraduate studies in medicine.

After that, he proceeded to the University College London where he completed his PhD in neurophysiology – the study of the functioning of the nervous system, in 1971.

Most of his working life has been spent as a lecturer at the University of Nairobi's school of medicine. 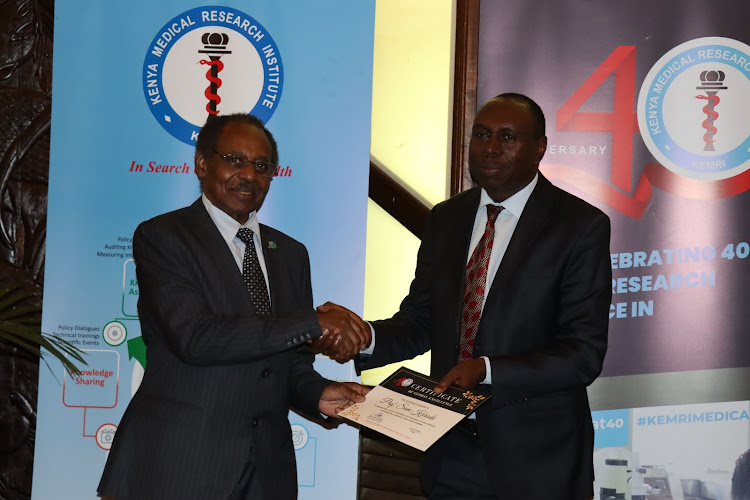