Kenyans being duped to build stadiums in Qatar – Muhuri

•Most cases reported to police have not been investigated 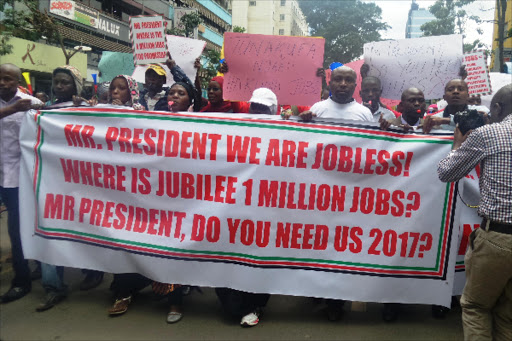 A human rights organisation has decried the increasing number of Kenyans  being swindled of their money by unscrupulous agents promising them stadium construction jobs in Qatar.

“We can confirm that there are locals who have left to 'build stadiums' in Qatar. The figure stands at 40 this year. Normally, victims or their relatives report to us as a group, not individually,” Muhuri communications officer Ernest Cornel said.

Efforts to involve the police to stem the illegal trade have been unsuccessful as most reported cases have not been investigated.

“They [rogue agents] are unregistered and difficult to trace. Those duped always report to authorities but nothing concrete comes out of it,” Cornel said.

The NGO urged that stakeholders must implement labour laws to the letter to clamp down on human trafficking.

“The government must enforce laws it enacted to protect Kenyans working abroad, which largely just remain on paper. The government developed an inter-ministerial committee to vet employment agencies. The fact that unscrupulous agents are still operating is an indication that the strict laws are not being enforced,” Cornel said.

Preparations for the 2022 World Cup in Qatar have been marred by controversies regarding mistreatment of migrant workers mostly from Bangladesh and Nepal.

In the Middle East, Saudi Arabia has been a major attraction for many Kenyans who migrate there as domestic workers, drivers, waiters and cleaners.

However, some of the migrants have complained of mistreatment by their employers including confiscation of passports, assault and working for long hours with no food and low pay.

Last year, then Labor Cabinet Secretary Ukur Yattani revealed that there were over 200,000 Kenyans working in the Middle East.

In response to horror stories emerging from the Gulf states, the government in 2017 established an inter-ministerial committee to weed out unregistered recruitment agencies.

However, the latest reports of Kenyans being duped to work in Qatar implies that certain rogue recruiters are still in business.

Muhuri urged Kenyans to sensitize themselves on the process of seeking jobs abroad before jumping at any job opportunity.

“Many who reported to us admitted that they were either trafficked or did not have a proper working document,” Cornel said.