• Things were quiet with no major deaths after Moi took over in 1978.

• This was until 1990 when the country was shocked with the shooting of Foreign Affairs Minister Robert Ouko. 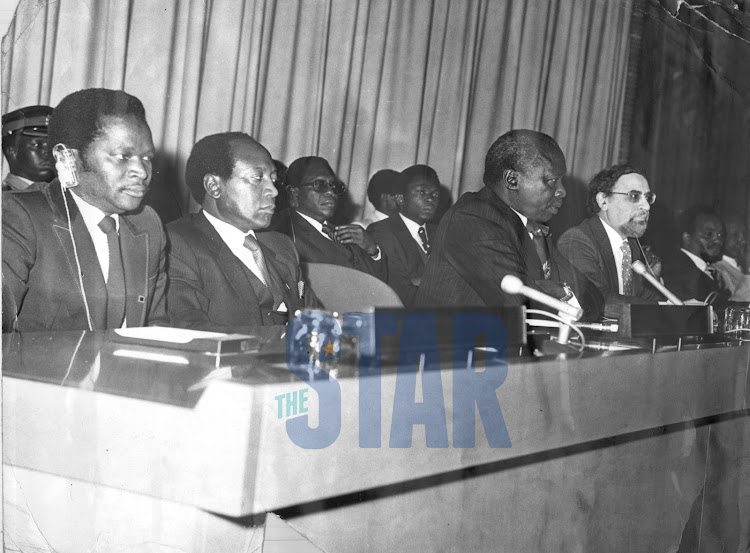 From the time former President Daniel arap Moi was still Vice-President, mysterious deaths were not uncommon.

In 1975, Moi had assured Parliament that JM Kariuki was alive and on a business trip to Zambia in a private plane.

But he was forced to apologise to the nation and offered to resign if he were linked to the disappearance and assassination.

Things were quiet with no major deaths after Moi took over in 1978.

This was until 1990 when the country was shocked by the assassination of Foreign Affairs Minister Robert Ouko.

Besides Ouko, there are a number of other mysterious deaths, mostly labeled suicides by the government, which dogged the Moi administration. 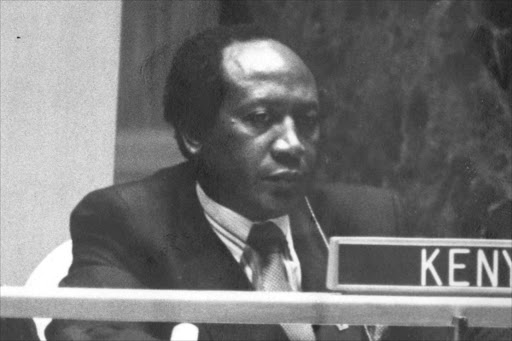 On the morning of Tuesday, February 13, 1990, Kenyans were thrown into shock with the shooting of Foreign Affairs and International Relations Minister Robert Ouko.

His murder remains one of the unsolved high-profile killings linked to politics that occurred during Moi’s reign.

It is recorded in the country’s history as the only political assassination since that of JM Kariuki in 1975.

The Minister was first announced to be missing before his mutilated remains were found by a herds boy at the foot of Got Alila near Muhoroni, just 2.8km from his Koru farm. He had been shot, his body had been partially burnt; there was virtually no face remaining, so he had to be buried with a facemask.

Ouko was murdered almost a fortnight before the release from prison after 27 years of Nelson Mandela — one of his publicly pronounced icons.

After his death, there were two commissions of inquiry into his murder, both inconclusive.

Several theories have been advanced about the murder, including one that he fell out with Moi and Nicholas Biwott, then Energy Minister, after a trip to the US.

This theory was based on a ‘meeting’ between Ouko and then US President George Bush, though there is no official record.

Several reports said Ouko had been killed at one of the country’s State Houses before his body was dumped in Muhoroni.

One such claim was made in a report rejected by Parliament, which called for further investigation into some of Moi’s aides and ministers — who all denied involvement in the killings.

However, according to Martin Minns, who authored a book on Ouko’s murder, Scotland Yard detectives called in to investigate concluded that he was killed where his body was found.

“…a view they never deviated from over the years. He was not, therefore, killed at State House, or anywhere else,” Minns wrote in the Star on February 13, 2015.

The two arrived in Kenya on February 21, 1990, and visited the site where Ouko’s body was found the following day. “From their investigations, Troon and West concluded that Dr Ouko had been murdered, shot once in the head and his body set on fire,” Minns wrote.

This has possibly been the most accurate account of what happened to Ouko, suspicion still pointing at the Moi administration, 29 years later.

However, the Troon investigations have been dismissed by many, especially for bringing up theories not backed by evidence.

Moi appointed a commission of inquiry chaired by Justice Evans Gicheru in 1990 but it was disbanded in 1991 on the grounds that Troon, who was being cross-examined, needed to go to the UK.

Anguka was prosecuted for the murder and acquitted, later fleeing to the US where he authored a book denying that he killed Ouko. He wrote that so many material witnesses and other people connected to the case died in a manner and at a rate that left many Kenyans wondering whether coincidence or deliberation was involved.

“These deaths all occurred in questionable circumstances. I have termed them ‘convenient deaths’ because they would have been convenient for any person or persons bent on covering the Ouko murder as dead men tell no tales,” Anguka wrote. 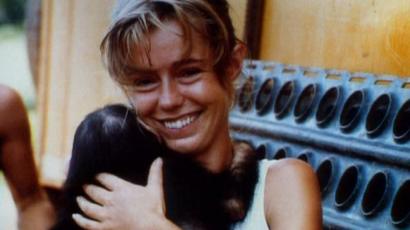 In February 1988, wildlife photographer Julie Ward, 28, left her home in Suffolk for a seven-month trip.

On September 7, 1988, Julie disappeared from her campsite at the Masai Mara game reserve.

Her charred and mutilated body was found near the campsite on September 13, 1988. Kenyan authorities initially claiming she had committed suicide or been killed by wild animals.

Julie was raped and hacked to death, the body doused in petrol and burned but Kenya refused to conduct a murder inquiry.

Her father John Ward spent many years investigating his daughter’s death. Ward was convinced that a post-mortem report had been altered from a finding of murder to indicate that wild animals had killed her.

Ward has developed the theory that a luminary in the Moi regime killed his daughter. It is for this reason, he believes, both the British and Kenyan authorities have refused to take action to secure justice for Julie.

The late Jonathan Moi, son of former President Moi, denied involvement in the killing after claims emerged that he was involved.

In an interview with the Star on March 6, 2012, Jonathan dismissed the claim contained in an issue of the Nairobi Law Monthly magazine.

It published an article by Julie's father claiming Jonathan raped and murdered Julie.

"I am totally shocked to hear this," Jonathan told the Star in that interview. “I had no relationship with the said lady (Julie) and I even didn't know her. I never did such a thing and it has never crossed my mind to do it," Jonathan said.

There have been two trials related to Julie’s murder, in both cases, the suspects were acquitted. After initial investigations by Scotland Yard, two wardens were prosecuted but acquitted in 1992.

On September 17, 1999, the High Court acquitted Simon Makallah who was the head warden at the Masai Mara National Park at the time of the murder. 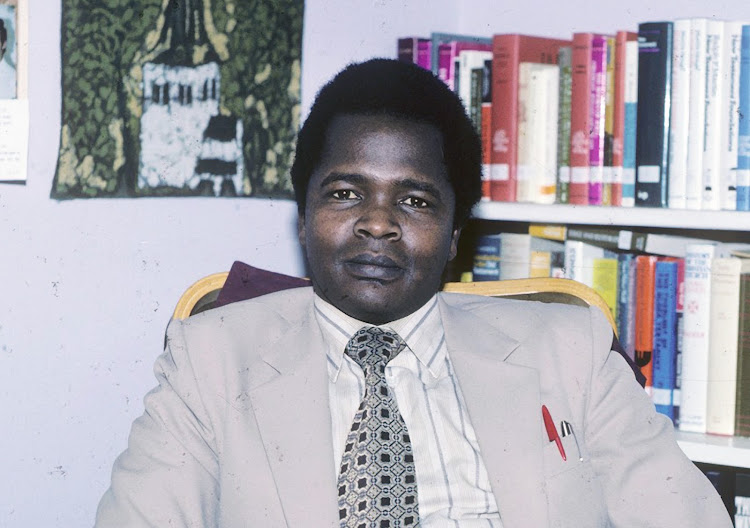 Outspoken Anglican Bishop Alexander Muge was, like many other church leaders, a marked man during the Moi regime.

The cleric together with Bishop Henry Okullu had been warned by Labour Minister Peter Okondo not to set foot in Busia District where they had a scheduled function.

The 44-year-old Anglican Bishop of Eldoret Diocese defied the order and made the visit but on his way back his vehicle was involved in an accident and he died on the spot. The date was August 14, 1990.

This was recorded as an ordinary accident and the driver of the vehicle jailed for seven years for dangerous driving. He died in his fifth year behind bars.

A former intelligence officer told the Truth, Justice and Reconciliation Commission that Muge was killed by security agents and the accident was a cover-up.

On March 5, 2012, James Lando Khwatenge, who worked with the Special Branch in Eldoret at the time, said officers were sent directly from Nairobi to “finish” the outspoken bishop.

Lando said the death was the final job in what police called Operation Shika Msumari.

He said Kanu loyalists who wanted to assassinate Muge merely seized threats issued by Okondo against the bishop and used him as a scapegoat.

“Okondo said these words to be seen as a loyal Nyayo follower but then people took advantage of this,” Lando said.

On the way from Busia, Muge died in a road accident near Kipkaren in Uasin Gishu district. Lando said police trailing him immediately called Nairobi to confirm the job was done.

He told TJRC presiding chair Berhamu Dinka that a constable involved in the operation revealed this to him involved in an Eldoret pub called Mahindi Bar.

The officer was promoted to an inspector of police, he said. 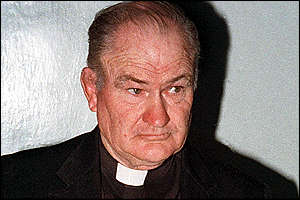 On Christmas Eve 1994, the Moi government was forcibly closing down a displacement camp in Maela, Ngong.

One man was not going to watch this happen and protested bitterly, which lead to his arrest, beating and release into the bush by the Kenya police.

Father John Kaiser, an American, had been based in Kisii and had only been in the Ngong Diocese for slightly more than one year. Following this incident, Kaiser was transferred to Lolgorian Parish.

Kaiser was a harsh critic of the Moi administration, accusing it of fueling the 1991-92 ethnic violence in the Rift Valley. In 1998, Kaiser testified before the Akiwumi Commission where he accused Moi and other senior government officials of being responsible for the ethnic violence.

His testimony was quashed but the Akimumi report, which was never implemented, confirmed his accusations.

In 1999, Fr Kaiser was in the news again, this time having rescued two girls who had accused a Moi Government Minister of rape.

In November of that year, Kaiser briefly went into hiding in Kisii after the government tried to deport him. It took the intervention of then US Ambassador Johnnie Carson for him to be granted a new work permit.

In March 2000, the Law Society of Kenya honored Kaiser with the Human Rights Award for his continued rights campaigns, including testifying at the Akiwumi Commission.

Five months later, on August 23, 2000, a butcher, later identified at an inquest as Henry Kombo, headed to a market near Naivasha and found Kaiser lying by the side of a road, a gunshot wound to the head.

Lying next to Fr Kaiser just near his car was a shotgun with one shell fired. FBI investigators called in by the Kenyan government concluded that the priest had committed suicide.

“In its 81-page report, issued on April 21, 2001, the FBI concluded that based on forensic evidence and prior history of mental health and erratic behavior, Fr Kaiser committed suicide,” a US Embassy cable dated August 31, 2007 said.

At the time, US ambassador to Kenya Michael Ranneberger was informing Washington of the decision by a Kenyan court, asking the government to open further investigations.

Following a request by the Kenya Conference of Catholic Bishops, the government allowed an inquest into the death of Fr Kaiser. The inquest ended on June 12, 2007, after hearing from 111 witnesses.

During the inquest, Paul Omuga — then a night security guard at Kenya Nut Company — revealed that there was unusual activity on that road with the same car speeding along the road thrice.

Presiding magistrate Maureen Odero ruled on August 1, 2007, that Fr Kaiser was murdered, and that the ‘suicide theory’ was based on a preconceived notion. She recommended further investigations; they have never been conducted. 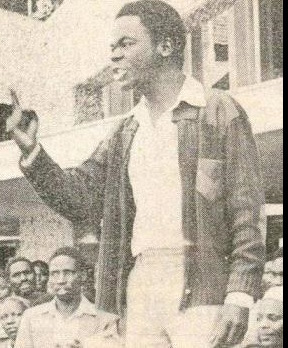 Student leader Titus Adungosi, popularly known as Tito, has been described by many as a calm, ambitious and Christian student.

Adungosi was a third-year student of architecture at the University of Nairobi and Sonu chairman in 1982 when rebels of the Kenya Air Force launched a failed coup to topple the Moi regime.

Adungosi, whom some have described as Kenya’s Steve Biko, was accused of leading students to demonstrations in support of the rebels.

As a result, he was handed a 10-year jail term on September 24, 1982. But just two months before his release, in December 1988, Adungosi died in mysterious circumstances.

Another Sonu chairman Wafula Buke, testifying before the TJRC, claimed that two inmates at Kamiti and Naivasha prisons told him about Adungosi’s death.

Buke said that at Naivasha, Adungosi got stomach ulcers and prison authorities ignored his pleas to take him to hospital. He then went on a hunger strike to force them to act on his illness, however, but when he was transferred to Kamiti for treatment at KNH, he got worse and died from bleeding.

At the time prison authorities said that Adungosi died at KNH on December 27, 1988 of intestinal obstruction caused by a stomach ulcer.

His family suspected foul play and has been pushing for an inquiry without success.

Post a comment
WATCH: The latest videos from the Star
by OLIVER MATHENGE Digital Editor
News
04 February 2020 - 14:07
Read The E-Paper