"He protected me like the apple of his eye...he fed me," Njiru says.

• Moi's body was received at the Lee Funeral Home some minutes after 8.00 am.

• President Uhuru Kenyatta on Tuesday announced a period of national mourning on behalf of the passing of Moi. 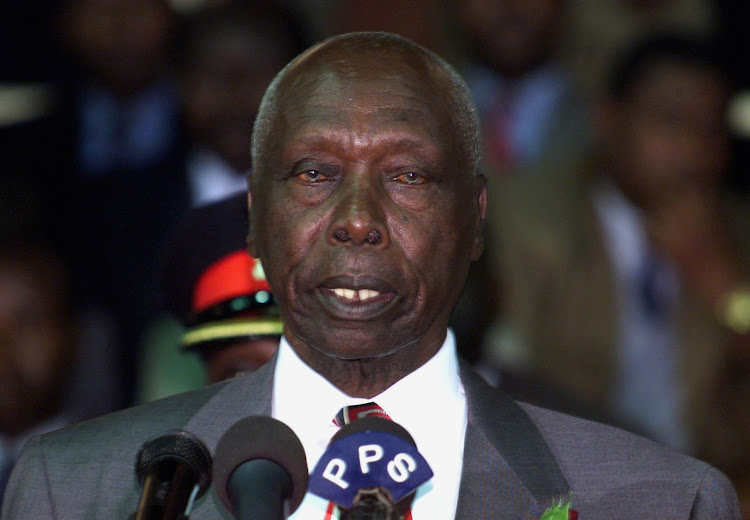 "Since 1983, I have been counting on a piece of paper and he has died 14 times according to the ill will of people," he said.

He was speaking at Citizen TV on Tuesday morning where he confirmed that the former president has 'now' died.

"...but this is real death..this is final.. it comes with a finality. We have to stay with it.. I don't know whether I am to send a message of condolence because I am the bereaved," he said.

Last year, the government condemned the fake news circulating on social media about the health of former President Daniel Moi.

In a statement, the Ministry of Foreign Affairs said the former President is doing well.

Noting that he has stayed longer with Moi, Lee said at no point did he take leave to go rest.

"Nobody has ever stayed with him longer that I have. For the last one week , I could not read a newspaper, I was feeling tired the whole week... for the last 40 years I have been on his feet not on leave.. he has made me to know people in Kenya.." he said.

"I have toured every constituency and I know people in every village... he has given me something more than wealth and money."

Lee said that Moi guided him and was like the apple of his eye.

"He protected me like the apple of his eye...he fed me, gave me life skills, took me to study.... he has made me tour the whole world.. "

He disclosed that his daughter was taken by the late to a school in the United States.

"He told me that he did not want me suffer. He also built me a good house in Kileleshwa Suguta road," he said.

"For the last three years I have seen moi from a very strong person. I have seen decline in his health. As an important person we don't disclose this. He was hospitalised year October and never left the hospital. The hospital was like a nursing home not a hospital."

There was heavy security as senior government officials thronged the Lee Funeral Home on Tuesday morning where the body of former President Daniel Moi was transferred from the Nairobi Hospital.

Moi's body was received at the Lee Funeral Home some minutes after 8.00 am.

Among those who arrived first at the Lee Funeral Home included the Chief of General Mwathethe, Internal Security CS Fred Matiang'i, Baringo Senator Gideon Moi, Inspector General of Police Hillary Mutyambai among others.

His son Gideon had earlier told the nation that Moi died peacefully on Tuesday at 5.20 am.

President Uhuru Kenyatta on Tuesday announced a period of national mourning on behalf of the passing of Moi.

Moi taught me how to love, stay with other people- Lee Njiru

Njiru said that Moi was his teacher, servant, leader and mentor.
News
1 year ago

Njiru added that Moi took care of him and protected him.
News
1 year ago

"We have accepted this."
News
1 year ago