• Moi’s wealth is held in trusts by relatives and friends and in front companies in Kenya, offshore tax havens and several local and major international banks.

• This includes Union Bank of Switzerland, where the Moi dossier is said to be treated as a matter equal to national security. 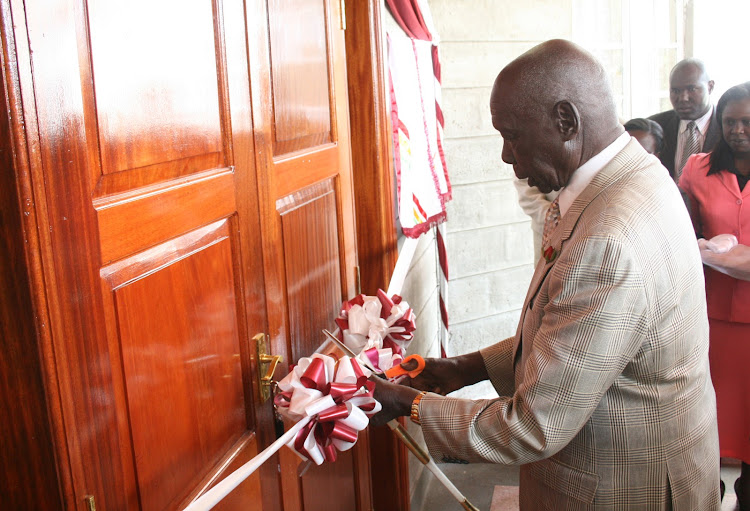 Former president Daniel Moi cutting a ribbon in one of his empires./file

Late president Daniel Moi’s family is arguably one of the richest in Kenya, based on the business empire it has built over years, with a net worth estimated to be in excess of $3 billion (about Sh310.2 billion).

This is wealth accumulated before, during and after the former President’s 24-year rule (1978- 2002), with his children, among them, Baringo Senator Gideon Moi expanding the family dynasty further.

The no-nonsense Kenya’s second President, who ruled the country with an iron fist, has remained powerful, with his businesses playing a major role in the economy years after he left State House.

According to Africa Confidential, a fortnightly newsletter covering politics and economics in Africa, Moi’s capital is “held in trust by relatives and friends, and in front companies in Kenya, offshore tax havens and several major international banks”.

This includes Union Bank of Switzerland, where the Moi dossier “is treated as a matter tantamount to national security”.

The list of property and investments owned or co-owned by the family and its partners is endless, with former Moi’s right-hand man (late) Nicholas Biwott’s family being a major investment partner.

His former private secretary Joshua Kulei is another man who has held and run Moi’s multibillion-shilling business empire for decades.

The family has over 100 companies across different sectors, with interests in many other public and privately owned business locally, in Africa and overseas.

The Mois either fully own or have shares in a number of banks and financial entities. Among them is Trans-National Bank, Equatorial Bank, First American Bank, Giro Bank ‚ Giant Forex Bureau, Equity Stock Brokers and Sovereign Group.

The family owns Standard Group, the parent company to Kenya Television Network (KTN), Standard Newspaper and a number of radio stations, including Radio Maisha. Other subsidiaries include Rowland Printing and Baraza Limited.

In the transport sector, the family owns Siginon Group, East Africa’s largest integrated logistics services provider, which incorporates Siginon Global Logistics, Siginon Aviation and Siginon Freight Holdings. The over 30- year-old end-to-end logistics and air cargo solutions provider is based in Kenya with operations in Tanzania and Uganda. The family also own Kent Ship, Maritime, Eagle Airlines, Kenya Aerotech Ltd and Car Track Kenya Ltd and interests in CMC Holdings. It is also said to own part of the Kenya Airways fleet.

The family has huge investments in agri-business, with entities such as the Sasine Group of farms, Fresh Produce Ltd, Chemusian Company, Sian roses, one of the leading fresh roses exporter, and Kiptagich Tea Estate. The family also owns a Tobacco Farm in Malawi (100%).

The family has invested in the telecommunication sector, with interests in Chesco Ltd, Cable Wireless and sizable shares in Safaricom Kenya.

Some of the common institutions owned by the Moi family include Nairobi-based Sunshine National School, Kabarak University and Kabarak High School, Sacho High School, Moi Educational Centre and the Moi Africa Institute Kabarnet Gardens, with interests in many other international schools and local institutions.

In the hospitality industry, huge investments lie in hotels, among them Sheraton Group (Sheraton Holding), InterContinental Hotels and Safariland Club, with other investments spreading across the industry.

General business and others 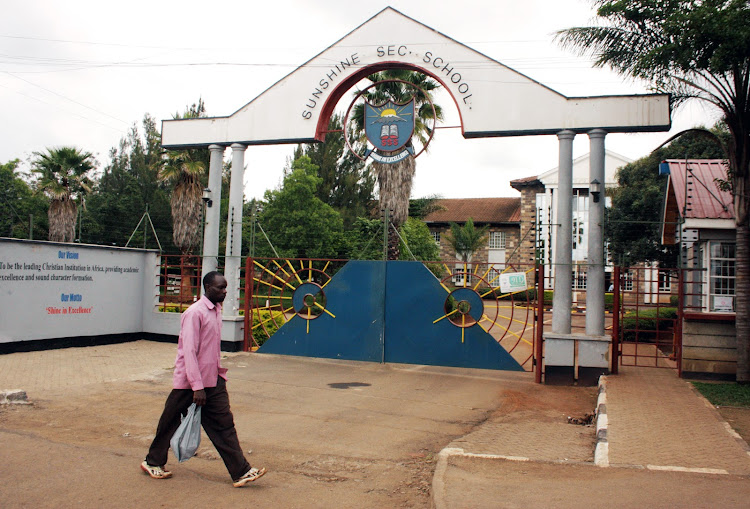 On land, the Mois own hundreds of acres of parcels in different parts of the country with a  value running into billions of shillings.

A revelation by WikiLeaks in the early 2000s linked the Mois to shell companies, secret trusts and front men used to steal over $2 billion worth of state money, with finances laundered across the world to buy properties and companies in London, New York and South Africa and even a 10,000ha ranch in Australia.

The intricately detailed report, commissioned by President Mwai Kibaki after his 2002 election victory but later suppressed, forensically investigated corrupt transactions and holdings by several powerful members of the Kenyan elite.