China has done its best to curb coronavirus

• So far, there is no confirmed case of coronavirus in Kenya. 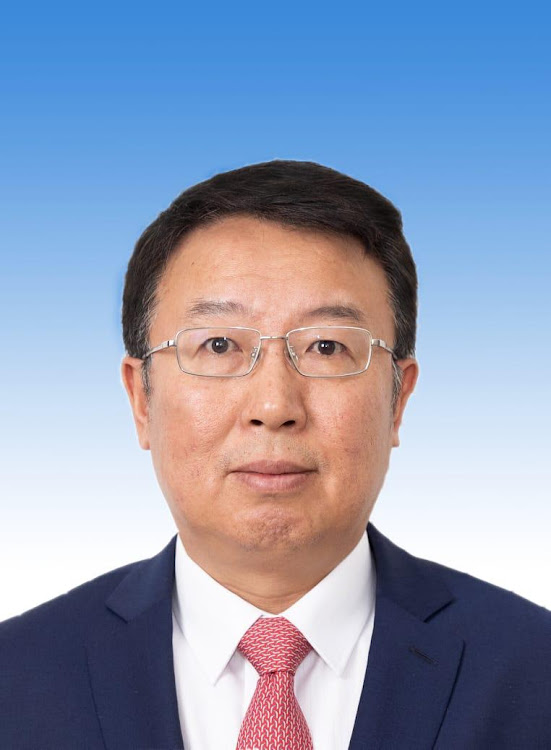 The coronavirus epidemic diagnosed in Wuhan city, China in December 2019 is an international concern that requires global efforts to combat.

The measures put in place by the government of the People’s Republic of China in preventing a further spread of this epidemic are remarkable.

Under the leadership of the central government, with dedicated efforts from local governments and the whole society, the nationwide emergency-management system has begun to take full effect.

The international community has paid close attention to China’s actions to control the epidemic.

With utmost openness and promptness, the Chinese government is working closely with the World Health Organization (WHO) on the development of the epidemic.

On the evening of January 30, the WHO declared the 2019-nCov epidemic a “public health emergency of international concern (PHEIC)”.

China’s mainstream media reported the news instantly, indicating that the Chinese people are fully confident in conquering the epidemic.

This is manifested by a full quarantine on Wuhan City announced about 10 days ago, when public transport was grounded, schools suspended and public gatherings banned.

On Sunday, February 2, authorities in Wuhan delivered Huoshenshan Hospital — which was built from nothing to the first special coronavirus hospital with 1,000 beds within 10 days — to the military medical teams. It started receiving patients on  Monday.

Had the Chinese government not taken determined efforts to quarantine the places with concentrated confirmed cases, the deadly virus may have spread all over the world and generated devastating impact on the global economic and public health systems.

As WHO Director-General Tedros Ghebreyesus pointed out at a press conference on January 30, “the Chinese government is to be congratulated for the extraordinary measures it has taken to contain the outbreak, despite the severe social and economic impact those measures are having on the Chinese people”.

The Chinese central government has been on high alert since the early days and activated the public health emergency response mechanism.

Rapid mobilisation at the top-level catapulted the whole nation into instant reaction.

By January 29, more than 6,097 medical staff and professionals from other cities were working in Wuhan and other regions in Hubei.

The Chinese Ministry of Industry and Information Technology has urged medical suppliers across China to restore to their full productive capacity to ensure sustained provision of all necessary items.

Vegetables, food, and other life necessities have been sent from other places to Wuhan for the 9 million residents there.

Across China, all the 31 provinces and municipalities, including Beijing and Shanghai, have also taken serious measures on first-level response to this major public health emergency.

At the moment, most of the confirmed cases reported in regions other than Hubei are imported infections — patients have either travelled to or lived in Wuhan or come into close contact with infected victims.

There has been no epicentre of outbreak except Wuhan due to early government intervention.

For now, top priorities for local governments include identifying and caring for symptomatic patients, advising and monitoring people with Wuhan travel records to self-quarantine.

Restrictive measures such as migration control and mass quarantine may give rise to social disorder, which requires appropriate responses from local authorities.

China is doing everything within its means to prevent and control this epidemic by employing high efficiency, modern scientific approaches and tailor-made policies across the country.

There is no doubt that the actions of the Chinese government and people are key to the global campaign against this epidemic.

As the ambassador of China to Kenya, I assure Kenyans and the Chinese community here that we are working closely with the Government of Kenya (GoK), including the Ministry of Foreign Affairs, Ministry of Health and Ministry of Transport in ensuring that the spread of the epidemic is contained.

I am deeply impressed by the measures taken by GoK to contain this epidemic from spreading to the country, with a thorough screening of passengers arriving from affected countries, as well as other announced preventive and control measures.

On February 2, the Ministry of Health updated statement reassured citizens that there is no confirmed case of coronavirus pneumonia in Kenya to date.

From the Embassy, we continue to monitor the entry of our nationals into the country and have instructed them to strictly adhere to the prevention and control measures.

So far, there is no confirmed case of coronavirus pneumonia among Chinese citizens in Kenya.

I fully understand the concerns and fears of families of Kenyans living or studying in China, especially in Wuhan City.

I wish to assure all that the Embassy keeps close contact with Chinese central and local authorities monitoring the status of all Kenyan nationals in China, in particular Kenyan students in Wuhan City. I was told they are good and safe.

The China Central Normal University (CCNU) takes special measures to ensure food and daily necessities for foreign students. Some Kenyan students who are keeping close contact with the Embassy wish to convey the message to their families that they are doing great, and they have faith to triumph soon.

My embassy will continue providing help for those in need within our capacity.

Please don’t hesitate to contact us at [email protected] if any Kenyan student in Wuhan needs help in this difficult time.

We continue to provide timely updates with relevant information to the public on our website, Twitter and Facebook accounts and are ready to respond to any questions or concerns at any time.

China will fulfil its international obligations and will promptly address the legitimate concerns of foreign citizens including Kenyans in the country by ensuring their safety in a responsible manner.

As President Xi Jinping assured Ghebreyesus in Beijing, the people's safety and health always come first. Thus, the prevention and control of the outbreak is the country's most important work for now.

China has full confidence and capability to win the battle against the outbreak of pneumonia caused by the novel coronavirus.