State: Why Sportpesa is yet to get its licence 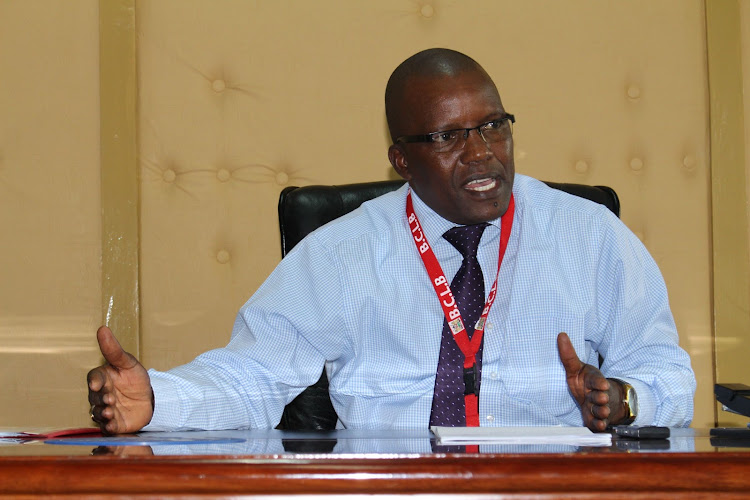 COMPLIANCE: Betting Control and Licensing Board chief executive Peter Mbugi during an interview with the Star, January 30, 2020
Image: MARGARET WANJIRU

When the government declined to renew betting giant, SportPesa’s licence last year, it said it was because the firm had not paid taxes demanded by Kenya Revenue Authority.

At the time, the taxman was demanding sh 14.9 billion from the betting firm claiming SportPesa’s parent company Pevans East Africa Limited failed to comply with the Income Tax Act that provides for taxation from betting.

Pevans East Africa Limited claimed KRA has acted in contempt of a court order barring it from collecting such monies from the firm.

In September last year, KRA cleared SportPesa, paving the way for the company to get back its trading licence. The firm applied afresh but has since not been granted a licence.

Yesterday, the regulator, Betting Control and Licensing Board told the Star that the firm’s application was pending because of a new requirement that all betting firms be subjected to security clearance.

CEO Peter Mbugi said the agency was only awaiting the report of the security agencies to grant the entity a fresh license.

He explained that the security clearance was factored in the licencing process in the wake of fears some firms were involved in illegalities.

In the review, Mbugi said the number of sports betting firms reduced from 117 last year to the current 65.

Public gaming dropped from 67 to 40 while the number of lotteries was cut from the initial 27 to 14.

The BCLB boss exonerated the board from any blame in the SportPesa situation saying, “security vetting is done by security agencies.”

“The clearance by security agencies is the last stage. This is the case of the Sportpesa application. It is not that we closed their operations but they are waiting for security clearance.”

But SportPesa CEO Ronald Karauri said the requirement for security clearance is news to them as it was not in their previous applications.

He told the Star that they are waiting for the BCLB to tell them what happened to their application for license renewal.

“It is up to them to tell us. I will try to make contact with them to get what they are waiting for,” Karauri said.

“Security clearance was not part of our previous applications. We are only hoping that it applied to every player in the industry and not just us,” the CEO said.

Mbugi said it was not automatic that an already licensed firm would get its authorization renewed by mere presentation of their respective applications.

Firms seeking new licenses are required to attach to their application details of registration including a CR12 with information of its owners and shareholders.

New applicants are required to have a business proposal stating what they are planning to do, the systems and applications they intend to use and the premises.

They should also provide details of the banks they will work with, whether employees meet the requirement for local content and their source of money.

“They should also get clearance from Kenya Revenue Authority and get a certificate of good conduct,” Mbugi said.

“For the ones who are requesting for renewal, the same process has to follow as it is not automatic that licences are renewed,” he added.

The BCLB, however, holds that the application of the laws on gambling is uniform and no player is handled differently.

Mbugi said the strict rules enforced by the agency followed concerns that “Kenya was being turned slowly into a gambling country.”

He holds that there was an era of uncontrolled advertising – largely on TV -  where firms carried adverts with people enticing others to bet.

“The country was running in a different way. People were betting all over. From teachers in schools, university students, to policemen handling sensitive security posts,” Mbugi explained.

“The craze was serious and had cut across all sectors so we felt that something had to be done. This was with the belief that there is benefit in hard work,” he said.

Mbugi said that during the fresh vetting, dozens of firms were found to have evaded taxes for some time, hence were compelled to clear with KRA.

“Among the things we checked were whether their employment status had local content and whether they were operating accounts within the country,” the regulator said.

The regulator also set conditions for advertisement adding that some firms closed shop as they were not able to get security clearance. “Those who could not apply decided to close shop.”

Mbugi said “regulations are for limiting accessibility, affordability, and availability which once controlled creates an environment of responsible gaming.”

“Most of the gaming operators are now following the regulations we gave them. We have administrative measures we can employ to ensure compliance.”

President Uhuru Kenyatta has recommended that betting, lotteries and gaming activities should be taxed at the rate of 35 per cent.Uhuru said this in ...
News
5 years ago

Deportation is part of the crackdown on foreigners linked to illegal trade.
News
3 years ago

There are 72 registered betting firms in the country according to the state.
Business
3 years ago
Post a comment
WATCH: The latest videos from the Star
by MOSES ODHIAMBO Journalist and Political Writer
News
31 January 2020 - 04:00
Read The E-Paper