Organisers have booked February 14-15 to coincide with Valentine's Day.

• Conservationists have blamed the Kenya Wildlife Service for being after money.

• KWS said over 20 events have been held successfully at Hell's Gate without significant damage to the biodiversity in the park. 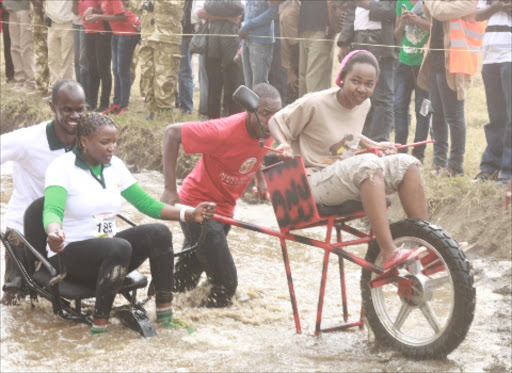 The environment regulator has asked organisers of the Koroga festival to provide proof that the Kenya Wildlife Service has cleared the event in Hell's Gate National Park in February.

In the letter to Koroga, the National Environmental Management Authority said it should be furnished with the KWS certificate within seven days.

Nema also asked for a detailed assessment of the potential impacts of the event to the park and proposed suitable mitigation measures.

"Your response is expected within seven days for the authority to make an informed decision," director general Ali Mwanzei said.

The event planners had announced that their 'Love Edition' will take place inside the park on February 14-15 to coincide with Valentine's Day.

The action was in response to a complaint sent to Nema on January 13 which raised concerns from the public about possible impacts of the event on endangered bird species and the degradation of natural resources.

Nema also made similar demands to the organisers of a Safari Rally championship event scheduled to be held at the park this year.

However, the Kenya wildlife service dismissed concerns raised by conservationists who blamed them for being after money.

Last month, KWS said over 20 events have been held successfully at Hell's Gate without significant damage to the biodiversity in the park.

“The park has sites designed for hosting events where insecurity and disturbance to wildlife are minimised. We also have clear regulations for the event organisers including timing, noise levels, and clean-up after events,” KWS said.

KWS said that as part of the sustainability and mitigation of ecological footprints, some funds raised from events at the park are ploughed back to support conservation and community development.

"As guardians of Kenya's national parks, we assure the public of our utmost commitment to maintaining the ecological integrity of these conservation and recreation facilities," KWS said.

In 2018, plans for a permanent amusement park in the geologically active area were quashed after an uproar. Critics said it would spoil the park's natural beauty.

Last September seven people were trapped and drowned, including six tourists and a guide, in flash floods in the volcanic caverns, a popular tourist attraction.

That killer Ol-Jorowa Gorge has been closed.