Initial symptoms of coronavirus are very similar to those of the common cold, experts say

• CS Kariuki said the country would remain extremely proactive, screening all passengers at the Jomo Kenyatta International Airport and isolating those with coronavirus symptoms.

• A common cold is milder than the seasonal flu and symptoms usually last for about a week. 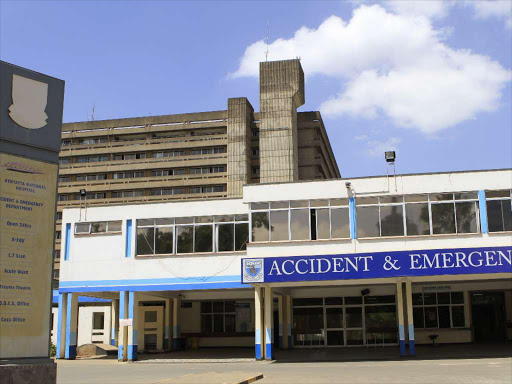 The KNH, where the student was isolated.

The Kenyan student quarantined at Kenyatta National Hospital has been discharged after he tested negative of the dreaded coronavirus.

The tests showed he was only suffering from a simple common cold.

The 22-year-old student was isolated for four days, being attended to by mask-wearing medics. He was not allowed to mingle with the public.

"The laboratory results which we received on 28th January 2019 from the National Influenza Centre and 30th January 2020 from South Africa revealed that the person under investigation does not have the novel Corona Virus 2019 disease but usual common cold," Health Cabinet Secretary Sicily Kariuki said on Friday.

A common cold is milder than the seasonal flu and symptoms usually last for about a week.

The common cold most often causes a runny nose, nasal congestion, and sneezing. You may also have a sore throat, cough and headache.

CS Kariuki said the country would remain on high alert, screening all passengers at the Jomo Kenyatta International Airport and isolating those with symptoms similar to those of coronavirus.

"Anyone showing symptoms of respiratory illness such as fever, coughing, difficulty in breathing and sneezing with a history of recent travel to China is advised to go to the nearest health facility for assessment and prompt management," she said in a statement.

On Friday, Kenyans were also asked not to panic because of rumours and reports of suspected cases of coronavirus in the country.

“There will continue to be rumours around suspected cases because the initial symptoms that people manifest will be very similar to those of the common cold,” said Dr John Nkengasong, director at the Africa Centres for Disease Control during a press conference in Addis Ababa.

Currently, no country in Africa has an active case of the virus, after a suspected case in Ivory Coast also turned negative.

But Dr Nkengasong said there are “rumours of unconfirmed cases in several countries,” and such rumours are likely to increase with time.