We're not in a hurry to evacuate Kenyans from China - State

The number of deaths from the virus has risen to 132 in China.

• Hundreds of foreign nationals have already been evacuated from the Chinese city of Wuhan, the centre of the coronavirus outbreak, as more deaths and cases were confirmed.

• Kenya has a risk of 0.07 per cent, the highest in East Africa and sixth across the continent of massive infection. 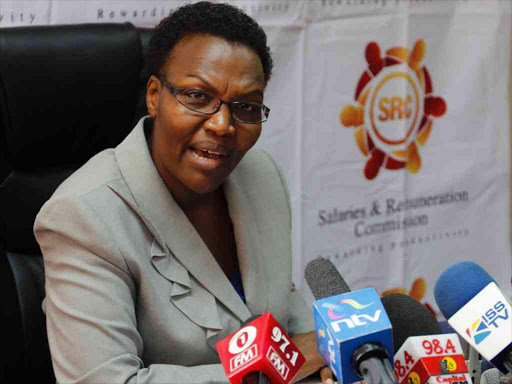 Kenya's Ambassador to China Sarah Serem has said Kenya will not risk further infection by jetting citizens from China due to the coronavirus scare.

Speaking during an interview with Citizen TV on Wednesday, Serem said its better if Kenyans in China are monitored and protected as China finds a way to terminate the highly infectious virus.

The Ambassador said Kenyan students are safe from the infection since they are in constant communication with the embassy.

"We are in communication with all the students in china  and we have given them emergency numbers to call in case of anything," she said.

"We are trying to comfort them that the government is doing everything they can."

Serem was forced Cancel her leave and head back to China. The number of deaths from the virus has risen to 132 in China.

On Tuesday, a Kenyan student who arrived from China via Kenya Airways was quarantined at the Kenyatta National Hospital for tests after he exhibited flu symptoms.

Kenya has Africa's sixth-highest risk of receiving a case of the virus imported from China.

Kenya has a risk of 0.07 per cent, the highest in East Africa and sixth across the continent.

Medical staff carry a box as they walk at the Jinyintan hospital, where the patients with pneumonia caused by the new strain of coronavirus are being treated, in Wuhan, Hubei province, China
Image: REUTERS

To date Ethiopian Airlines has screened more than 22,000 passengers.
News
1 year ago

KNH puts one patient in isolation ward over Coronavirus

WHO said people should avoid unprotected contact with farm or wild animals.
News
1 year ago
by SHARON MAOMBO
News
29 January 2020 - 11:27