Operation ‘Piga Jangili’ and the march through Jungal Valley

• Jungal Valley offers natural blocking positions and has been used in past battles to thwart movement to and from Bardhere. 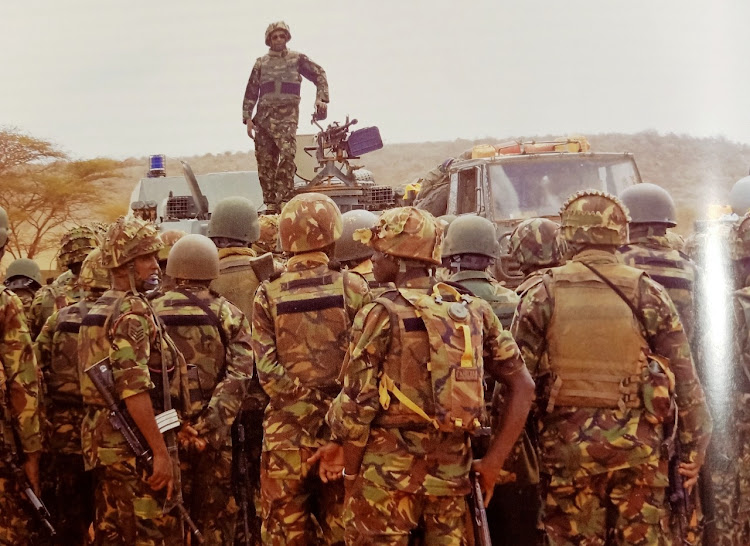 The capture of Bardhere, an al-Shabaab stronghold, began on July 21, 2015. It was a joint effort of the Kenya Defence Forces and the Somali National Army supported by an air surveillance team.

The mission was "most challenging". Codenamed ‘Operation Piga Jangili’, the operation involved 20 Para Battalion tactical headquarters and the B Company of 19 Kenya Rifles.

Former Commanding Officer and Deputy Commander of Amisom Sector 2, Colonel Seif Rashid says in The Soldiers' Legacy that he was advised to spend at least four to five days developing the course of action.

The advice was from Brigadier Bartonjo, Amisom Sector 2 commander.

The only access to Bardhere is through Jungal Valley, and Col Rashid gives a glimpse of what happened in the book.

Jungal Valley is in the Gedo region of Southern Somalia and is 35km wide. The entry point is Carastoran market, 8km east of Taraka. The exit is at Ali Haret, 14km west of Bardhere.

Jungal, a corruption of the English word jungle, is bushy and without human settlements.

When the sun sets in the West and darkness creeps in, the valley becomes dead silent. Only the noise of falling tree branches can be heard.

The darkness is intense. Shadows of the surrounding hills are confused for statues of giants that allegedly dwell in the valley.  It is a ‘valley of death’ as many battles have been fought there and hundreds of lives lost.

According to Rashid, the western entrance to the valley is dominated by high features from all approaches. The geographical feature is dotted by several dry riverbeds and gullies.

“The valley offers natural blocking positions and has been used in past battles to thwart movement to and from Bardhere. The hills provide good observation points and fields of fire. The meandering narrow road complicates military operations while the twisting dirt road impedes movement, thus favouring a defender,” Rashid narrates.

He cites many bottlenecks along the route, which are ideal for ambushes and placement of IEDs.

Rashid's briefing from his OC that night, prompted a detailed analysis of the valley informed by aerial reconnaissance.

“As we planned at Carastoran, a mechanised Infantry Brigade from Ethiopia National Defence Forces was doing the same in order to capture the Eastern bank of Bardhere through Garbahare in a synchronised operation."

"We used indirect and machine-gun fire to probe suspected enemy ambush sites and delay positions along the valley," the colonel states. 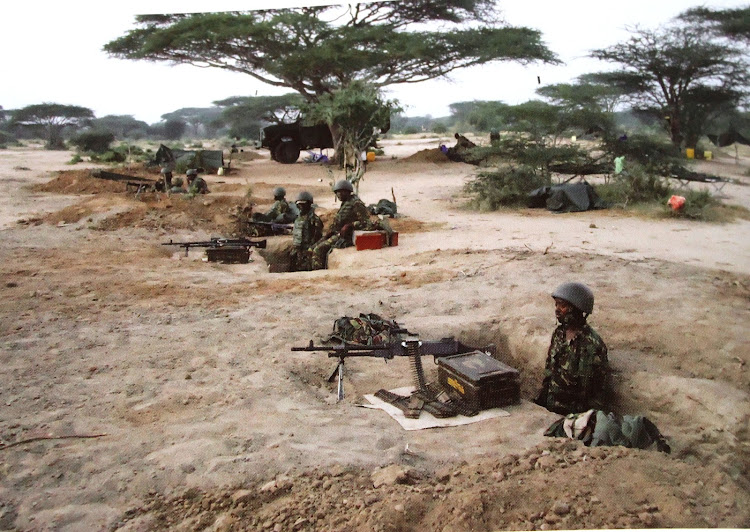 On that material day at around 1.40pm, the soldiers established contact with the al-Shabaab, killing several of them and injured many others.

One of the Kenyan soldiers was shot in the left arm and head. He was evacuated 20 minutes later and taken to hospital.

“We cleared Jungal Valley at around 2.50pm. This was a major milestone in the operation but the celebration of crossing to the market was short-lived since we made contact with yet another group of the militia at around 3.20pm,” Rashid narrates.

A "friendly" missile killed 10 of the militia.  The Somalia National Army lost one soldier with two others injured.

The al-Shabaab continued to disrupt KDF movements using IEDs and ambushes. Armoured personnel carriers came in handy for the troops.

“I was awed by the soldiers' courage under fire and their physical and mental toughness. Their will to fight was evident in the way they took orders and implemented them,” Rashid recounts.

However, al-Shabaab militants did not give up. At around 4.40pm, they staged a major ambush. They were, however, overpowered with the KDF seizing four AK-47 rifles and a PKM machine gun.

Just before sunset, they established a defensive position at Alharet, some 14km short of their target destination.“We maintained offensive action overnight ranging from indirect ground fire and airstrikes that continued until early morning, July 22,” the colonel says.

That mid-morning's airstrike neutralised some of the militia and destroyed a ‘technical’ (pick-up used by the terrorists).

At daybreak, the troops rested knowing that the only easy day was when they started the march.

The major test was capturing and securing the western bank of Juba River, adjacent to Bardhere town, where KDF was to establish a forward operating base.

“I will never forget July 22, 2015, at 2.45pm when we captured Bardhere. In my view following the struggle we encountered in the valley it was clear to me as the operation commander that the mission would be tough to accomplish,” Rashid  says in the book.

He adds: “However, with professional soldiers whose courage and dedication was beyond reproach, I was confident the task would be achievable.

“We fought it through the valley, finally establishing ‘Camp War Hammer’ along the western bank of River Juba at 3.45pm.”

Kenyan troops killed 34alShabaabmilitants in two separate incidents on Saturday and Sunday in Somalia and two of its own soldiers were killed in an ...
News
6 years ago

Analyst says KDF should go it alone in Somalia

If KDF is to survive another attack, it has to defy the command system of Amisom and operate on its own, a security expert has said. Speaking to the ...
Counties
6 years ago
Post a comment
WATCH: The latest videos from the Star
by PATRICK VIDIJA Investigative Journalist
News
24 January 2020 - 05:00
Read The E-Paper