• They say by the virtue of the gazette notice their term is expected to end on or about September 6, 2021. 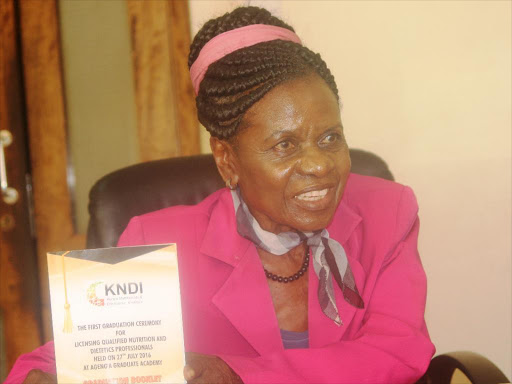 The High Court  has stopped Education CS George Magoha from appointing a chairperson and members to the University of Nairobi council.

Justice Pauline Nyamweya issued the on Thursday, order after Julia Ojiambo, the sacked chairperson moved to court challenging the revocation of the council's appointment.

“Pending interpartes hearing, the first respondent (Magoha) is restrained from effecting appointment of any person as chairperson and member of the Council of University of Nairobi,” ruled the judge.

Through lawyer Fred Ngatia, the Ojiambo-led council said it was appointed via a Gazette notice of September 2018, for a period of three years with effect from September 6, 2018.

The members said by virtue of the Gazette notice, their term is expected to end on or about September 6, 2021.

The members said on January 18, they saw the two Gazette notices circulated both on social and mass media by Magoha, purporting to revoke their appointment.

According to them, the actions of the CS have plunged University of Nairobi into chaos with no council leadership at a time during transition of a new vice chancellor.

I am in charge, don't engage anyone else - UoN VC Kiama

Kiama said he will not back out as Vice Chancellor.
News
2 years ago

Through lawyer Fred Ngatia, the council members and their chairperson claim that the actions of Magoha are unlawful, irrational, and in breach of the rules of natural justice.

“The actions constitute abuse of power and discretion and infringe on our legitimate expectation to be subjected to due process,” they said in court documents.

According to them, Magoha has no legal power or mandate to revoke their tenure. “It is clear that the first respondent (Magoha) acted arbitrarily by failing to give the applicants any reasons for the impugned decision or an opportunity to be heard prior to making the decision contained in the gazette notice,” Ngatia said.

It is their contention that they have served the council and country at large with honour and such 'callous' removal from the council calls into question their character and professional standing in the society.

“The decision has caused chaos in the leadership and management of the university and such a decision is detrimental and may cause distress among the students and staff of the University of Nairobi,” they argue.

They said Magoha's decision is in breach of rules of natural justice and the constitutional right to a fair hearing.

The case will be heard interpartes on February 4.

UoN VC Kiama to operate from a makeshift office

Kiama reminded the staff to observe the University regulations.
News
2 years ago

Staff union says says this will allow for adequate consultation at all levels
News
2 years ago
Post a comment
WATCH: The latest videos from the Star
by CAROLYNE KUBWA
News
23 January 2020 - 16:05
Read The E-Paper