• The locust swarms have so far been reported in Mandera, Wajir, Marsabit, Garissa, Isiolo, Samburu, Baringo, Meru, Laikipia and  Kitui counties as at Thursday. 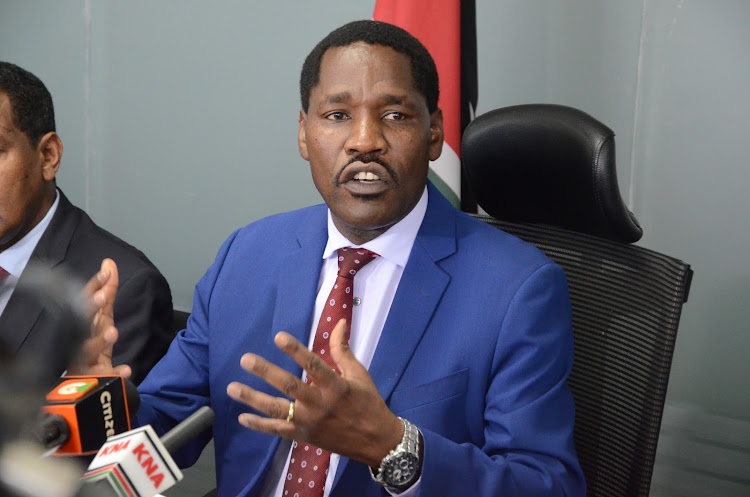 The locust swarms have so far been reported in Mandera, Wajir, Marsabit, Garissa, Isiolo, Samburu, Baringo, Meru, Laikipia and  Kitui counties as at Thursday.

"The most recent sightings as at Wednesday were in Kitui, Isiolo, Baringo and Garissa county. But the reported sightings in Juja, Kiambu County were not accurate as the insects were not desert locusts but other grasshoppers which are not a serious pest or a swarming problem," Munya said in a statement.

He said the pest management method has been mainly ground and aerial control, using tested and registered chemicals that are not harmful to humans and the environment.

The desert locust origin is in the Red Sea along Ethiopia and Somalia.

Munya said the control operation being used involves ground and aerial surveillance of the locust swarms.

"Immediately a swarm is reported, its movement is monitored both on the ground and in the air using the surveillance aircraft. The coordinates of the roosting site (where the swarm settles for the night)  are shared with the Coordination team and an aircraft is deployed for spraying of the swarm before they can move, mainly the following morning," he explained.

The CS said the Ministry received information on sighting of a swarm in Ngomeni, Kitui on Tuesday evening and a team was deployed the next morning to successfully spray the swarm sighted.

"Another swarm sighted in Kyuso was monitored and sprayed on Thursday morning at Munguu area. Aerial spraying was also conducted at Qulaley in Wajir and Larachi/ Malbey area of North Horr in Marsabit county. "

He said monitoring of the locusts is going on in Mwingi (Kitui), Baringo, Wajir, Marsabit, Garissa, Isiolo and Samburu and the control operations will continue.

"Plans are underway to start aerial spraying in Baringo and Garissa counties from tomorrow," he said.[

A coordination centre has been set up at the Ministry of Agriculture Head Office in Kilimo House and a ground operations center at the Isiolo Airport.

The exercise has seen the collaboration of the National Government Agencies, County Governments, Private sector players, The Desert Locust Control Organisation for Eastern Africa (DLCO-EA) and development partners, including FAO.

"As the government strives to contain the threat before it reaches the country’s food-producing regions, we have so far deployed nine aircraft for the operation and assigned several ground vehicles and personnel to monitor and undertake the control activities," Munya said.

Over 20,000 litres of chemical have been used, and a total of 145 officers from eight of the affected counties have been trained and deployed to do monitoring and support the control teams in their counties.

"Two more trainings for officers from 21 risk counties are scheduled for next week in Nakuru and Kitale," he added.

Government has grappled with how to control the locusts.
News
2 years ago
by AGATHA NGOTHO Science Writer
News
23 January 2020 - 20:10