Kenya among 50 hungriest countries in the world

The Global Hunger Index 2019 ranks Kenya at position 86 out of the 117 countries that were considered. 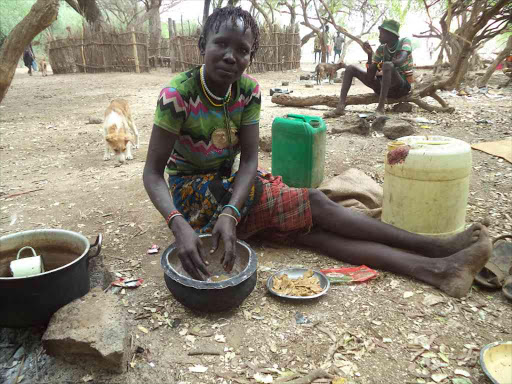 Kenya has been named the 36th hungriest nation, among 117 countries ranked in a new report.

It shows the proportion of Kenyans going to sleep on an empty stomach has been rising since 2010 and is now back to Moi-era levels witnessed in 2000.

The Global Hunger Index 2019 ranks Kenya at position 86 out of the 117 countries that were considered.

The top-ranking countries have better food security, which worsens as you go down the rankings.

Seventeen food-secure countries, including Cuba, tie in position one while the Central Africa Republic has the highest food insecurity at position 117.

"With a score of 25.2, Kenya suffers from a level of hunger that is serious," says the report, produced every year by the NGO International Food Policy Research Institute (IFPRI).

This means Kenya’s situation worsened from 2018 when the country had a low GHI score of 23.2.

The researchers said in 2019 they looked at four indicators for Kenya. These are undernourishment, child wasting, child stunting, and child mortality.

Kenya is improving on all those indicators, except for undernourishment where the number of people has been rising since 2010.

If someone is suffering from undernourishment, it means they have not been eating enough food or are eating the wrong kind of food.

"The GHI is designed to raise awareness and understanding of the struggle against hunger, provide a way to compare levels of hunger between countries and regions," the report says.

The authors describe hunger as the distress associated with a lack of sufficient calories.

Data used in the report came from various UN agencies such as the Food and Agriculture Organization, Unicef, United Nations Interagency Group for Child Mortality Estimation (UN IGME), the World Health Organization, the World Bank, and the Kenya Demographic and Health Survey.

Recently, development economist Timothy Njagi from Tegemeo Institute said the country could experience a food shortage in the next month, despite the recent rains.

Njagi said farmers are used to dry-farming, where rains are depressed, but the country has had a wet-farming scenario of heavy rains destroying crops.

He said the problem the country is facing is that there is no consolidated data on the crops that were destroyed by the short rains, and this is a big gap.

He said from February, farmers will have the short rains crop and two possible scenarios are likely to happen.

Post a comment
WATCH: The latest videos from the Star
by JOHN MUCHANGI Science Editor
News
21 January 2020 - 05:00
Read The E-Paper