Four journalists have been assaulted while on duty since the beginning of the year.

• Their concern is the growing spate of assaults perpetrated by officers of the National Police Service, the very organ mandated by law to ensure safety and security for all in Kenya.

• The Guild has demanded the immediate arrest and arraignment of the police officers involved in these grievous assaults against freedom of the media. 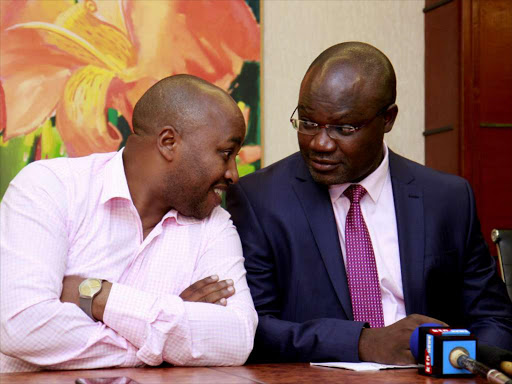 The Kenya Editors’ Guild has raised concerns over the increasing number of violent attacks against journalists since the beginning of the year 2020.

In a letter written to the Inspector General Hillary Mutyambai, their concern is the growing spate of assaults perpetrated by officers of the National Police Service, the very organ mandated by law to ensure safety and security for Kenyans.

This comes after four journalists have been assaulted while on duty since the beginning of the year.

On January 10, 2020,  Wanjohi Githae of Daily Nation and Brian Obuya of KTN —while on duty covering a breaking news event at the Kilimani Police Station in Nairobi, were assaulted by police officers.

On Sunday, January 12, Robert Maina of Inooro TV was beaten and his equipment confiscated by officers from Njoro Police Station in Nakuru County as he covered student unrest at Egerton University.

On Monday, January 13, 2020, Laban Walloga of Daily Nation was attacked by police officers in Mombasa Town while covering protests against the Standard Gauge Railway.

The Guild has demanded the immediate arrest and arraignment of the police officers involved in these grievous assaults against freedom of the media.

"We also demand that the officers in charge of the respective police divisions where these offences were committed to be held directly accountable for the unlawful actions of those under their command," the statement read.

"These attacks against journalists amount to assaults against constitutional guarantees of media freedom, perpetrated by the presumed guardians of law and order."

It further stated that the Bill of Rights in the Constitution of Kenya is explicit on the entrenched right of the media to operate without hindrance, along with rights to freedom of expression and the right to receive and impart information granted to all in Kenya.

Article 34 (2) makes it clear that the State shall not interfere with any person engaged in broadcasting, production or circulation of any publication or the dissemination of information by any medium; or penalise any person for any opinion or view or the content of any broadcast or publication.

The Guild added that it expects the IG will move with speed to bring the perpetrators to book.

"The trend of violence against journalists is not to be taken lightly. It amounts not just attacks against individuals, but an assault against freedom of the media; and ultimately to assault against the Constitutional order which stands as the bedrock of our democracy and the civilised State," the statement read.

KEG added that if the authorities do not act with speed to check this trend, it together with partner organisations in the media freedom and human rights sphere reserve the right initiate independent action to ensure that those responsible face the full force of the law.

The 'acidental journalist' who's been in court 137 times

Tanzania's Maxence Melo has been in court more than 100 times in the last three years.
News
2 years ago