Babu who was still smoking shisha took out the pistol and shot at the man.

• According to the CCTV  footage shared by K24, two men are then seen dragging the man outside the facility. 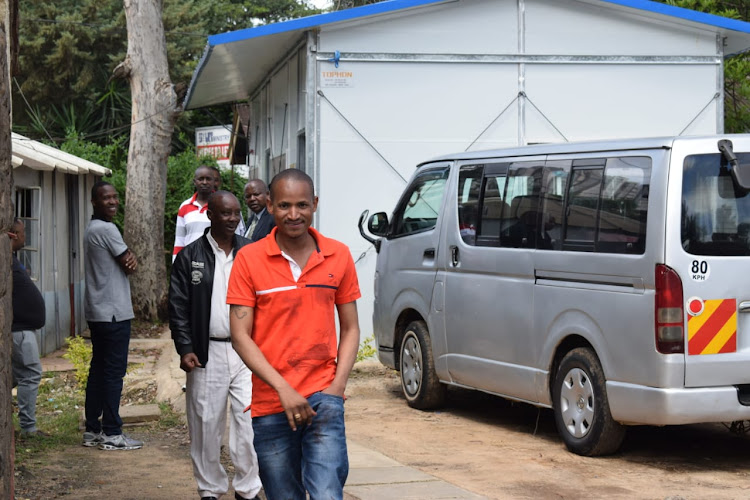 Babu was arrested on Friday morning over the incident and is currently at the Kilimani police station.

The MP, wearing an orange T-shirt is captured brandishing his gun before shooting the man who was standing next to him.

According to the CCTV  footage shared by K24 on Twitter, the gun shot made those around Babu to run helter skelter as others looked by.

The footage also showed Babu smoking shisha before and after shooting the man.

Two men are then seen dragging the man outside the facility in the incident that happened at around 7.16 am.

WATCH: CCTV footage of man believed to be Babu Owino shooting DJ at Nairobi’s B-Club, then dragging victim on the floor, taking him outside the nightclub. VIDEO | LENOX SENGRE pic.twitter.com/4uKu5moDJ8

Earlier, police said that Owino's gun was used in the Kilimani club shooting.

Kilimani police boss Lucas Ogara confirmed this adding that the victim is in stable condition.

“We cannot mention the victim’s name because it is against the law. But we have receives report that the bullet passed through his neck,” Ogara said.

Before this incident, Mark Okweri, a witness said that he has been a friend of the MP for a long time and that everyone was having a good time at the club before the incident."

"At some time there was a confrontation between Babu’s bouncers and I... they got really physical and at that point, I left and went to Kilimani police station," he said.

Okweri said that he could not tell if Embakasi East legislature was under the influence of alcohol.