'If you see any insect that you suspect could be a locust, take a picture and post on social media so we can confirm for you what insect it really is' 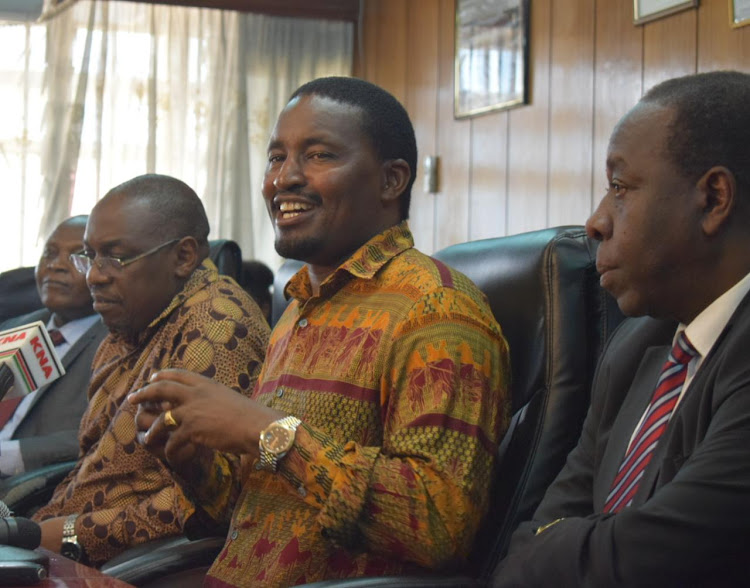 The government on Friday dismissed reports that desert locusts have spread to Meru county.

Agriculture CS Mwangi Kiunjuri said insects being mistaken for desert locusts were long-horned variegated grasshoppers that have always existed in the country.

He said the species have since multiplied due to weather changes.

The ministry, however, received reports on Friday that the desert locusts had spread to Samburu. The affected counties are Mandera, Wajir, Marsabit, Garissa and Isiolo.

“It is important that we alert all Kenyans that not all grasshoppers are desert locusts,” Kiunjuri said.

He asked Kenyans to take photos of insects they think are locusts so the ministry can help them identify whether they were locusts.

“In this multi-stakeholder team are accomplished scientists ready and willing to identify which are the real locusts in order to avoid spreading alarm about the spread of locusts which is diverting attention and resources from critical areas,” Tthe CS told a press conference in Nairobi.

Reports that locust had been spotted in Meru had left farmers in panic, fearing the marauding insects would devour their miraa plantations.

“If you see any insect that you suspect could be a locust, take a picture and post on social media so we can confirm for you what insect it really is,” Kiunjuri said.

The ministry announced that the focus will be attacking the swarms of locusts while they are resting as it will be an exercise in futility to attack them while on the move.

Kiunjuri asked residents of the affected counties to be vigilant especially in the evening hours and report any swarms.

“We have intensified monitoring through chiefs, elders, county commissioners and community leaders by asking that they locate and report sitting of any locust swarms at their resting habitats,” Kiunjuri said.

“People need to be alert in the evening from around 4pm to 6pm because that is the resting time. With our command centre, we can take the coordinates and attack them early in the morning because once it gets to around 8am, they start moving.”

According to the CS, the swarms first crossed the border into Kenya from Somalia in December 2019 before other swarms continued coming in from Ethiopia.