Women are disproportionally affected by HIV in Kenya.

• Young people are engaging in unprotected sex with people whose status they do not know. 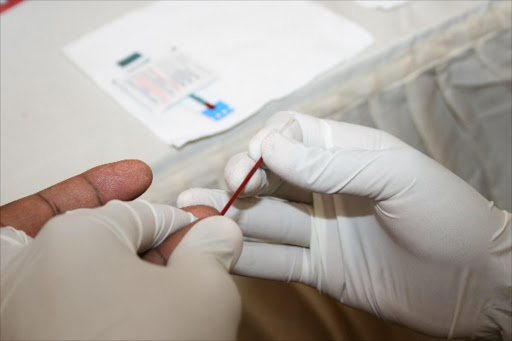 Kenya has the joint third-largest HIV epidemic in the world (alongside Tanzania) with 1.6 million people living with HIV.

Of these, 69 per cent of adults living with HIV in Kenya were accessing treatment.

However, treatment coverage among children aged under 15 was lower, at 61 per cent.

Siaya County in 2018 led with the highest number of adults infected with HIV in the country followed by Homa Bay County.

A report by National Aids Control Council shows that Siaya county recorded a prevalence of 21 per cent, Homabay 20.7 per cent, Kisumu 16.3 per cent, Migori 13.3 per cent and Busia 7.7 per cent.

The national prevalence rate is 4.9 per cent.

Other counties above the national prevalence rate include Nairobi at 6.1 per cent and Vihiga at 4.5 per cent.

In Homa Bay, the prevalence was also higher in women at 22.1 per cent than men at 19 per cent while Siaya recorded 22.4 per cent incidence in women and 19.4 per cent in men.

According to the 2018 Kenya Aids Response Progress Report, other counties that recorded the lowest adult HIV prevalence included Wajir at 0.1 per cent, Mandera (0.2 per cent), Garissa (0.8 per cent), Baringo (1.3 per cent) and Marsabit (1.4 per cent).

Women are disproportionally affected by HIV in Kenya, and the latest research from UNAids reveals that of the 1,600, 000 adults with HIV, 910 000 (65 per cent) were women.

New HIV infections among young women aged 15 to 24 years were more than double those among young men.

The 2018 Kenya Aids Response Progress Report shows that young women aged between 15 and 24 now account for one-third of the 44,789 new HIV adult infections.

There are 1.6 million Kenyans living with HIV.

This bleak scenario is highlighted in the latest UNAIDS report.

According to the National Aids control council, young people are engaging in unprotected sex with people whose status they do not know.

"Two in five new infections is recorded in youth aged between 15 and 24 years, "read the report.

The council, however, said there was a decline in HIV prevalence among both men and women at both national and county levels.

“Trends in HIV Incidence and New HIV Infections Kenya has continued to see a sharp decline in HIV incidence among adults aged 15-49 from 0.35 per cent in 2010 to 0.19 per cent in 2017 possibly due to the scale-up of various prevention and treatment programmes,” says the report.

The Ministry of Health on October 24 trained Homa Bay fishers on control and prevention of HIV/Aids along Lake Victoria beaches.

Through the National Aids Control Council, the ministry said the initiative will reduce the spread of the disease in the county.

NACC regional coordinator Steve Amollo said the exercise will ensure fishermen and their families are imparted with knowledge on how the prevent the transmission of the virus.

“The spread of the virus is a burden not only to Homa Bay county but the national government,” Amollo said.

Addressing journalists on the sidelines of a meeting with some beach officials in Homa Bay town, Amollo said they want to eliminate practices that promote the spread of HIV within the fishing community.

He singled out practices like Jaboya (sex for fish), puk iyier (use and dump) and sexual relationships with multiple partners without using protection.

We’re training beach leaders and giving them free condoms and test kits as a way of reducing the spread, Amollo said.

Discovery of HIV  vaccine has been made harder after a new subtype of HIV was discovered by Abott Laboratories.

In a report published in the Journal of Acquired Immune Deficiency Syndromes (JAIDS) on November 7, the new strain is classified as subtype L in the group M family of HIV-1.

The "M" stands for "major" as it's responsible for more than 90 per cent of HIV infections worldwide.

"This is the first new Group M HIV strain identified since guidelines for classifying subtypes was established in the year 2000," Dr Kuku Apiah, Director Medical, Scientific Affairs – Africa tells the Star in an exclusive interview.

Jonah Sacha, a professor at the Vaccine and Gene Therapy Institute at Oregon Health & Science University said the findings serve as a reminder of the dangerous diversity of the HIV virus.

There are more than 1.3 million people living with HIV in Kenya.
News
3 years ago
Post a comment
WATCH: The latest videos from the Star
by LYNDSAY NYAWIRA News Reporter
News
26 December 2019 - 09:00
Read The E-Paper