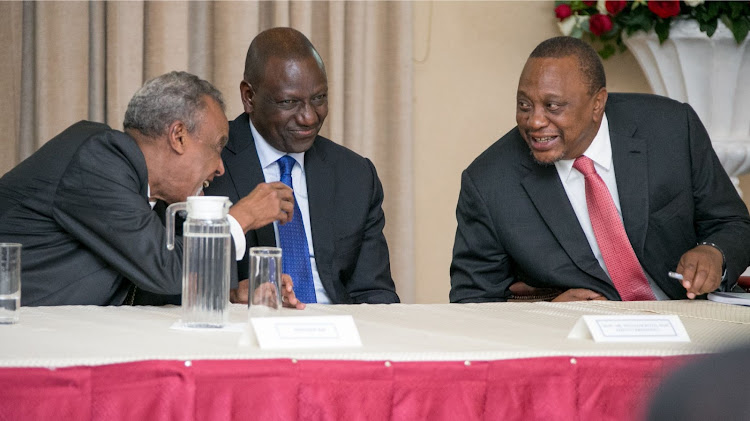 The National Assembly has declined a request by the Constitutional Implementation and Oversight Committee to hold a four-day retreat to discuss the Building Bridge Initiative report.

The committee chaired by Ndaragwa MP Jeremiah Kioni intended to proceed to Mombasa for the deliberations from which it was expected to give an implementation framework.

But Speaker Justin Muturi yesterday ruled that Parliament can only spend money on committees discussing the report after the same is received formally.

He said efforts by the Clerk of the National Assembly to get the report even from the Government Printer had not borne fruit, adding that any report in the media or social media remains there.

“Like I said before, the BBI report has not found legs to reach Parliament. Any committee of the House that may be desirous of discussing it will be doing it outside the functions of Parliament,” Muturi said.

He said the only official communication in regards to the BBI process was a gazette notice on the appointment of the task force that came up with the report.

“For the time being, you are at liberty to read the document but until such a time as the report will be formally submitted to Parliament, it is not part of us,” the Speaker ruled.

This followed concerns by some MPs that the CIOC sought to hijack the BBI report before it could be officially received by the House.

Kisumu West MP Olago Aluoch said the report remained the property of the Executive and could only be dealt with after they communicate to Parliament officially.

Leader of Majority Aden Duale and his Minority counterpart John Mbadi echoed the sentiments, saying it beat logic that a committee would proceed with discussions on a strange document.

President Uhuru Kenyatta is yet to send the BBI report to Parliament, the only move that allows the House to be seized of it as business.

But the CIOC chair hinted at what was likely to turn into a stumbling block for the implementation of the unity report.

This adds to the Wednesday incident where Deputy President William Ruto's supporters frustrated attempts by Uhuru's team to discuss and adopt a common position on BBI.

Kioni decried being treated with suspicion saying: “If the suspicion is not dealt with at this stage, the process will stall.”

He said the suspicion arose from fears the committee would not look at the document objectively and that they would come up with other recommendations.

“We wanted to work on this report as a committee but some people think we are going to come up with other recommendations,” Kioni said.

“Some people are jittery and think we will not look at the issue objectively. They should stop thinking we don’t want anything good to come up for Kenyans.”

He underscored the place of parliamentary committees in the report’s deliberations, further asking MPs to see how to implement issues that don’t need a constitutional amendment.

“Those of us who want to do a detailed understanding of the report should be encouraged and facilitated. Political partisanship should not be brought into departmental committees,” the lawmaker said.

However, in what signals a change of the hard stances against a popular initiative, Kioni said only about 30 per cent of the recommendations in the report can be decided by the people.

“This is a document that can be implemented quickly, even outside Parliament. Seventy per cent will be done through bills, policy and administrative measures while 30 per cent would need parliamentary initiative and others a referendum.”

Baringo North MP William Cheptumo - chair of Justice and Legal Affairs Committee - in a conciliatory message, warned against the panic being created around the report.

His take is that the politics around the implementation of the BBI report risks defeating the very reason the initiative was mooted – to restore peace and national unity.