US Ambassador McCarter hails BBI report as key to unity

• McCarter advises Kenyans to only have a say on BBI after reading it.

• He terms Kenya as 'the Shining Star of Africa'. 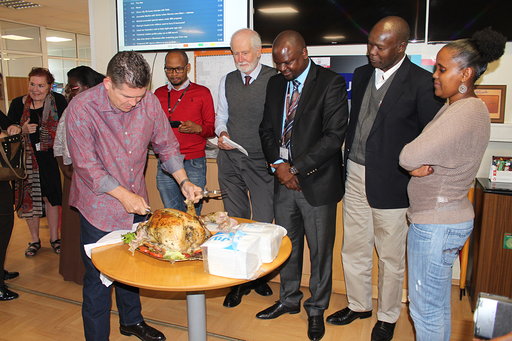 US ambassador to Kenya Kyle McCarter carves a Thanksgiving turkey he delivered to the Radio Africa Group offices on November 28.
Image: ANDREW KASUKU

US Ambassador Kyle McCarter has hailed the BBI report saying it should bring unity to Kenyans.

McCarter was speaking when he presented a Thanksgiving turkey to the Star newsroom on Thursday.

Thanksgiving is a traditional American holiday when families gather around a table piled with a baked turkey and give thanks.

"The BBI is a good start for Kenya. I believe that it is important for Kenyans to know who they are as a country because you don't forget where you come from... I am encouraged and I believe there were some calls for politicians not to divide the people," he said.

"We even have the Tanzanian minister saying that Kenya can't fail which I totally agree with... As Kenya goes so goes East Africa... East Africa is waiting for Kenya to step up and show the rest of Africa how to prosper." 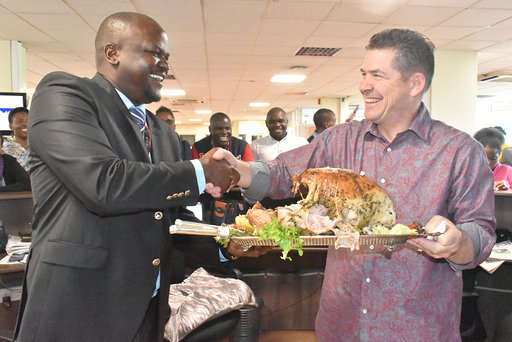 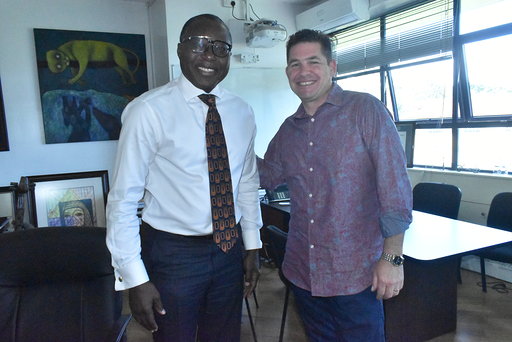 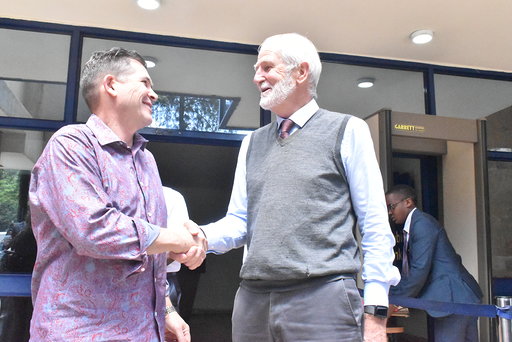 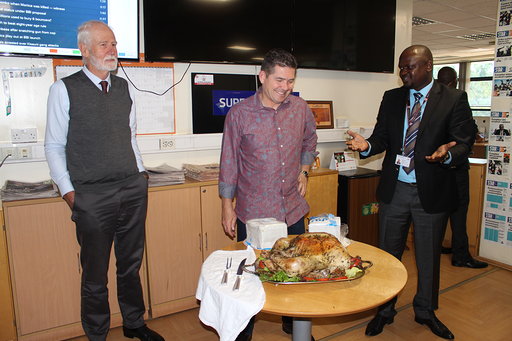 McCarter said people should only have a say on the report once they have read it.

As he carved the turkey, McCarter said Kenyans have much to be thankful for from bounty of the sea to the fertile highlands.

"Kenya is the shining star of Africa, prepared to lead by example and bring peace to all Kenyans," he said.

The Building Bridges Initiative report has proposed the creation of a non-executive prime minister appointed by the President from MPs in the majority party in the National Assembly.

The 14-man team also wants the US envoy says the development of Kenya benefits whole EAC of the office of the leader of Official Opposition and a mixed Cabinet drawn from parliamentarians and technocrats.

BBI team says its report contains proposals in line with the views presented by Kenyans.
News
3 years ago

Ruto to Kenyans: Ensure BBI is not hijacked by politicians

DP says there will be no inferior or superior opinions under BBI.
News
3 years ago
Post a comment
WATCH: The latest videos from the Star
by NANCY AGUTU Deputy Digital Editor
News
28 November 2019 - 16:07
Read The E-Paper