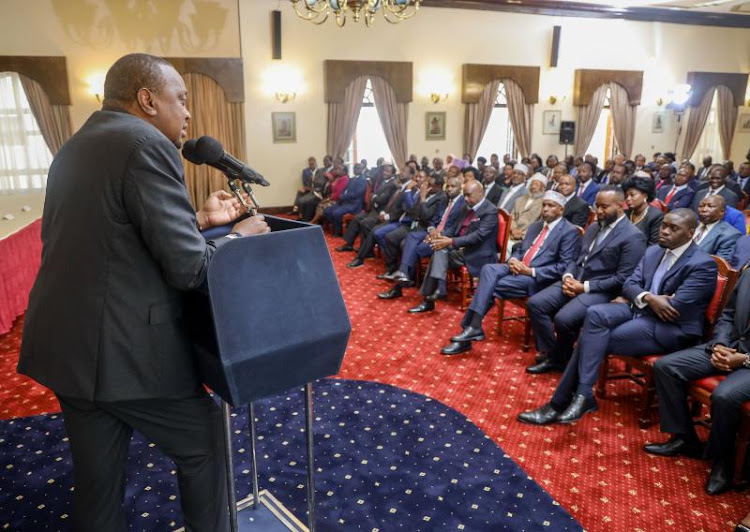 The state should eliminate sitting allowances of public officers in both the national and the county governments, the Building Bridges Initiative task force recommends.

MPs and MCAs have been accused of earning huge sitting allowances.

But last year, the High Court reinstated the benefits, forcing the SRC to return the allowances .

“Strengthen the capacity of the Controller of Budget to enable to detect and respond in a timely manner to misappropriation , wastage and illegal process,” the task force said in the report to be launched by President Uhuru Kenyatta today at Bomas of Kenya.

The task force which was constituted by Uhuru and ODM leader Raila Odinga following their handshake in March 2018 also calls for total enforcement of powers of SRC to rationalize all public sector salaries and to address the large discrepancies in remuneration.

And to end wasteful expenditure in both the national and the county governments, a law should be put in place to ensure that items such as cars and office refurbishments for incoming officials are done procedurally in planning, budgeting and procurement.

The team recommends the mandates of the numerous regulatory bodies should be rationalised not only to avoid duplication but also ease transparency, affordability and prompt service.

To save taxpayers money from waste, there is a need to address the duplication of functions between the two levels of governments, the team says.

“Also,rationalize jobs within county governments, particularly where there is over-staffing or duplication,” the report notes.

Some parastatals should either be wound up or restructured to fit into the model of devolution.

“This should be synchronized with the implementation of the already completed parastatal reform policy,” they say.

The team has also says the government should rationalize its enterprises and calls for a law to ensure all expenditures of government owned enterprises are under one control.

Uhuru receives BBI report, to make it public on Wednesday

More than 400 elected leaders and Kenyans in the 47 counties gave views.
News
1 year ago