One amendment may have to do with having a Prime Minister. 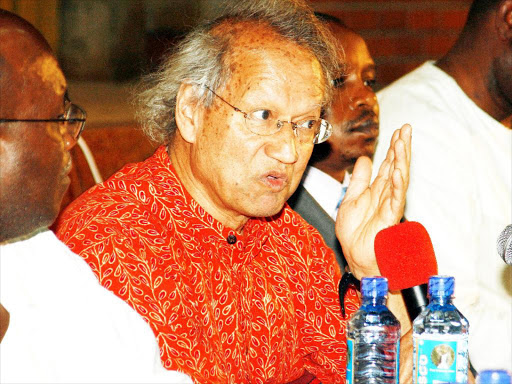 I have not seen the document (BBI) and therefore it is difficult to make a comment but from general discussions, I have some idea of what the topics might be.

I do not see any particular harm in an attempt to change the constitution. Hopefully, it is improving the constitution but it is not really clear because more and more things were attributed to this.

In the beginning, it was just about moving from Presidential to a Parliamentary system. That was the big debate.

The very first idea was to strengthen the current constitution and the two leaders (Uhuru Kenyatta and Raila Odinga) identified nine points and then it goes to the point where other issues were being debated.

There is no harm in amending the Constitution provided that some items which haven’t worked are amended.

In fact, there are two amendments which I want to make; those were in original Bomas draft but were taken out by retired President Mwai Kibaki.

The first was the parliamentary system in which a Prime Minister shows up in Parliament just like the British system. It was removed by Kibaki after being passed at Bomas.

The second was devolution and I wanted the country to be divided into 18 units. That was also taken away by Kibaki and his allies and they instead introduced a devolution system with 47 counties.

My protestation to that is that almost every tribe has one (county) and the way I had designed devolution was to bring us together and not to divide us. I thought that was going to be a Kenyan-first and that is how we should think.

These two are the ones I personally did not write and if I have my own authority I would have changed them.

I have a feeling that that one amendment will be to do with having a Prime Minister. In my own view - because I can’t comment without knowing what is in the report - I would support the introduction of the office of Prime Minister.

We at Bomas conference recommended that there would be a Head of State who would be the President. The President would have some powers unlike in India where they do not have powers, he would have a little authority so as to keep an eye on the Prime Minister.