• Disciplinary committee says Malala rallied behind ODM candidate in the concluded Kibra by-election which goes against the Constitution and party's regulations.

• Osotsi in solidarity with Malala said that the party picked Eliud Owalo to vie for Kibra without following a due process. 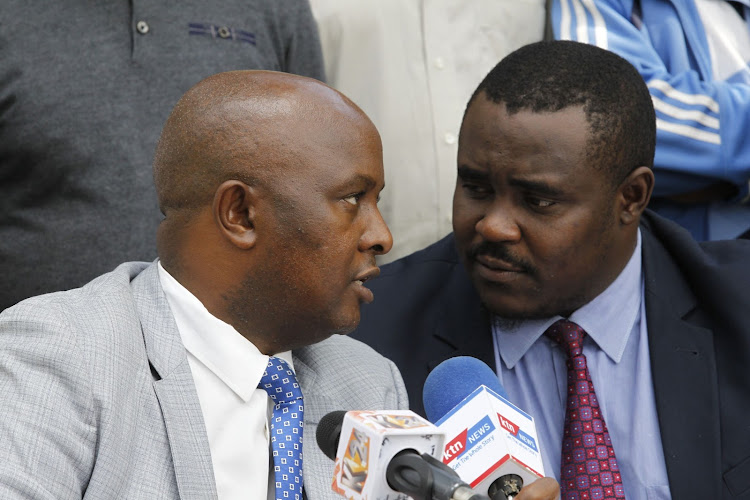 The ANC disciplinary committee made the decision on Wednesday after holding a meeting to discuss his misconduct.

The statement from the party disciplinary committee said that Malala rallied behind ODM candidate in the concluded Kibra by-election which goes against the Constitution and party's regulations.

"After careful reflection and deliberation, the NDC has decided to take necessary disciplinary action against this member on grounds that his conduct seriously offends not only ANC party but statute law as well," part of the statement read.

It added that "NDC has decided to suspend Cleophas Malala from the membership of ANC party with immediate effect".

Speaking with the Star through a phone call on Friday, ANC secretary general Barrack Muluka said that Malala has 90 days to file a complaint with the disciplinary committee.

Mwuluka added that his suspension will be lifted if the disciplinary committee contends with his complaints.

ANC's move has been criticised by the nominated MP Godfrey Osotsi.

Osotsi said termed Malala's suspension as a 'big joke of the year'.

"This is a juvenile, fraudulent, illegal, unlawful and unconstitutional act that will only serve to inflict major embarrassment on the Party leader and the clueless planners and the executors," Osotsi said.

Osotsi has added that the party has to consult with the Registrar of Political Parties in order to know real officials on record and the provisions of the law.

Osotsi in solidarity with Malala, said that the party picked Eliud Owalo to vie for Kibra without following due process.

"We will not be drawn in the cheap blame games touching on the use of poor election strategy and misuse of campaign funds as we were not involved and did not support the undemocratically nominated candidate of ANC, Eliud Owalo," Osotsi said.

Osotsi had also been suspended by the party from its register.

Raila said Kibra outcome reflects what the BBI is all about, uniting the country.
News
1 year ago

Imran also said he will elevate Kibra to prosperity through an online job portal.
News
1 year ago

The MP-elect declared himself the first child of the handshake.
News
1 year ago
by KEVIN CHERUIYOT Online Journalist
News
15 November 2019 - 14:04